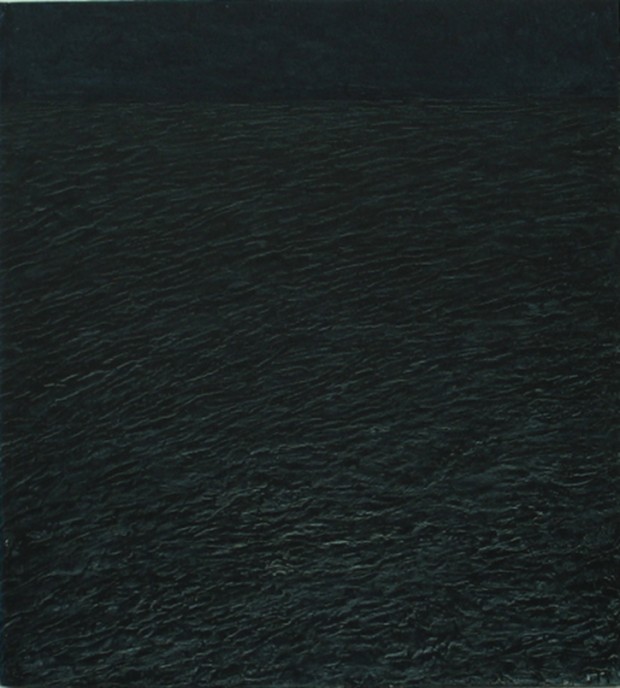 In all likelihood, “Midnight, Forecastle,” which brings the Moby-Dick’s excursion into drama to a climax, owes a debt to the Walpurgisnacht scene in Part I of Goethe’s Faust, a book that Melville knew well. According to the editors of the Norton Critical Edition

of the novel, Melville found in Faust “analogues of demonic temptation and heroic obsession.”

The poet Charles Olson tells us this about the chapter in his study Call Me Ishmael, published in 1947: “For bottom dogs made pretty SEE the balletic chapter called MIDNIGHT, FORECASTLE, in Moby-Dick.” The comment comes in a section of the book in which Olson is reminding us of “the part the chase of the whale played in American economy.” The “bottom dogs” to whom he refers are the “miserably paid tools” upon which American whaling had grown to depend, here represented by the Pequod‘s three harpooneers, Tashtego, Queequeg, and Daggoo.

In “Midnight, Forecastle,” we see a dramatization of the “revelry in the forecastle” that disturbs Stubb’s during the “Dusk” chapter. Here the harpooneers and the common sailors, whom Ishmael describes in the second “Knights and Squires” chapter as “an Anacharsis Clootz deputation from all the isles of the sea, and all the ends of the earth,” whoop it up after Ahab’s performance on the quarter-deck, presumably drunk because of the grog he served them. Most of the sailors are identified by ethnicity or nationality, and the chapter seems to belie Ishmael’s view of the crew as a group of isolatoes “federated on one keel.” The chapter ends with a fight between Daggoo and the “Spanish Sailor,” who has insulted the big harpooneer: “Thy race is the undeniable dark side of mankind — devilish dark at that.”

Meanwhile, the little black cabin boy Pip is scared nearly out of his wits by all that he has seen:

Jollies? Lord help such jollies! Crish, crash! there goes the jib-stay! Blang-whang! God! Duck lower, Pip, here comes the royal yard! It’s worse than being in the whirled woods, the last day of the year; Who’d go climbing after chestnuts now? But there they go, all cursing, and here I don’t. Fine prospects to ’em; they’re on the road to heaven. Hold on hard! Jimmini, what a squall! But those chaps there are worse yet — they are your white squalls, they. White squalls? white whale, shirr! shirr! Here have I heard all their chat just now, and the white whale — shirr! shirr! — but spoken of once! and only this evening — it makes me jingle all over like my tambourine — that anaconda of an old man swore ’em in to hunt him! Oh, thou big white God aloft there somewhere in yon darkness, have mercy on this small black boy down here; preserve him from all men that have no bowels to feel fear!

He’s right to be afraid. As it turns out, that “big white God aloft” answers his prayer and does “preserve him,” but at a terrible price.

“Midnight, Forecastle” is read by Clive Charlton, who is Associate Lecturer, School of Geography, Earth and Environmental Sciences, Plymouth University. The illustration is Dark Sea by Pat de Groot.