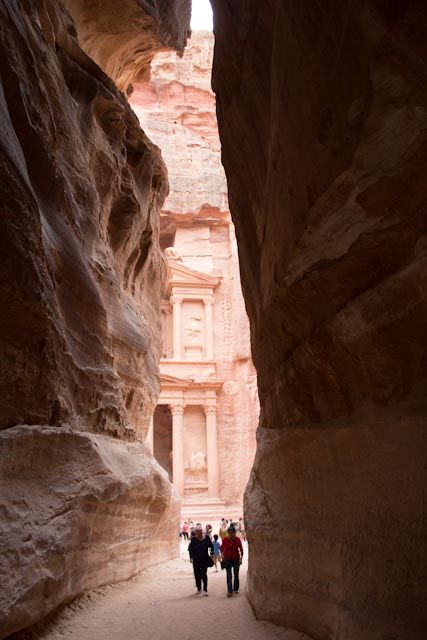 I first encountered “Petra” as a college student, when I read Melville’s short story, “Bartleby, the Scrivener.” The story’s narrator makes reference to it when he goes to his law offices one weekend and discovers that his inscrutable scrivener Bartleby has been living there in secret:

Yet, thought I, it is evident enough that Bartleby has been making his home here, keeping bachelor’s hall all by himself. Immediately then the thought came sweeping across me, What miserable friendlessness and loneliness are here revealed! His poverty is great; but his solitude, how horrible! Think of it. Of a Sunday, Wall-street is deserted as Petra; and every night of every day it is an emptiness. This building too, which of week-days hums with industry and life, at nightfall echoes with sheer vacancy, and all through Sunday is forlorn. And here Bartleby makes his home; sole spectator of a solitude which he has seen all populous—a sort of innocent and transformed Marius brooding among the ruins of Carthage! [emphasis added]

Being that kind of student, I looked it up and found that “Petra” was located in Jordan and was once the capital of the ancient Nabatean empire, a powerful trading hub that was at some point abandoned and “lost” until 1812 when the Swiss traveler Johann Burckhardt rediscovered it.

About seven years later, I encountered Petra again, when I did a little research about the location of the amazing wadi and ancient building where the Holy Grail was supposed located in Steven Spielberg’s Indiana Jones and the Last Crusade (1989):

The building where the Grail has been hiddenin the film is the famous “Treasury” of Petra. I found out that Petra had been named a UNESCO World Heritage site four years earlier. In the years since I first encountered it, Petra has risen in prominence among the world’s tourist attractions and in 2007 it was voted one of the Seven New Wonders of the World.

Today, finally, I got to see Petra with my own eyes. It is indeed spectacular. We got as far as the famous treasury today and look forward to an early start tomorrow so that we can get as far as the monastery. 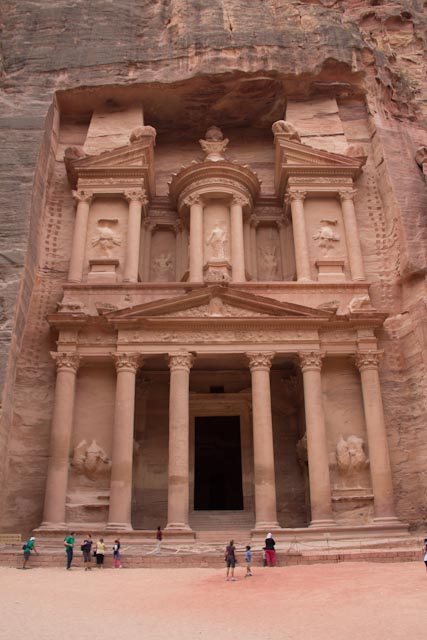 In case you were wondering, Petra isn’t deserted these days, not at all. It’s full of tourists, mostly American, European, and Japanese (today at least) and locals offering rides on horseback or in horse-drawn carriages.  They kept calling me “Hindi” when trying to get my attention. 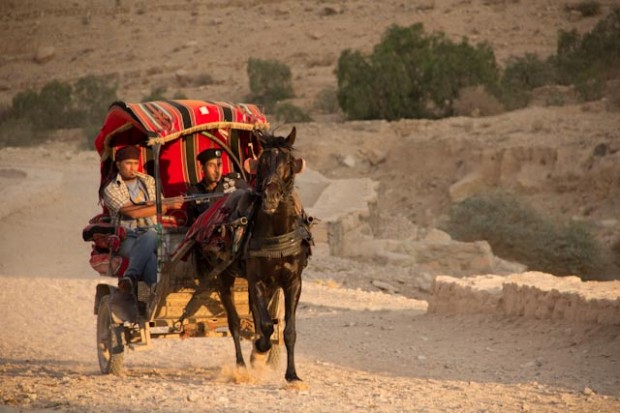 And what better way to end the day than with a drink and a bite at Petra’s “Cave Bar,” according to some the oldest bar in the world, since it’s housed in a 2000-year-old Nabatean tomb. 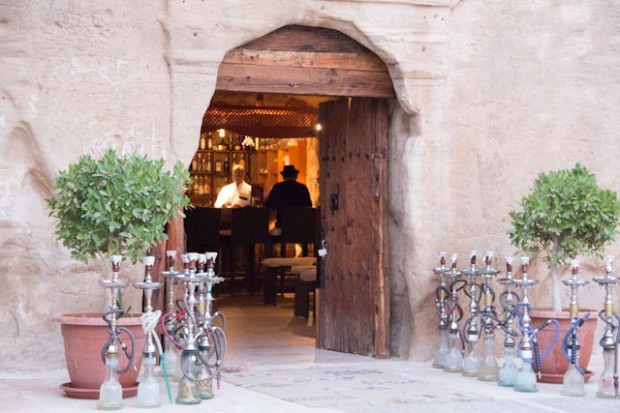