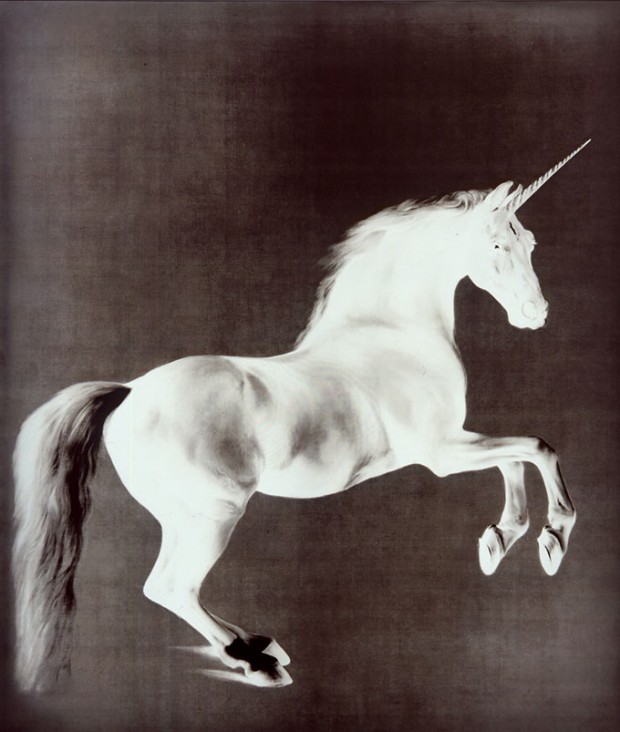 The second “Knights and Squires” chapter introduces us to the rest of the Pequod‘s mates and their harpooneers. Stubb, the pipe-smoking second mate, is “good- humored” and “easy.” According to Ishmael, “he presided over his whale-boat as if the most deadly encounter were but a dinner, and his crew all invited guests.” The third mate, Flask, is a small man, but very “pugnacious concerning whales, who somehow seemed to think that the great Leviathans had personally and hereditarily affronted him; and therefore it was a sort of point of honor with him, to destroy them whenever encountered.” Each of the mates has his harpooneer: Starbuck has Queequeg; Stubb has Tashtego,”an unmixed Indian from Gay Head”; and little Flask has the towering Daggoo, “a gigantic, coal- black negro-savage, with a lion-like tread.”

As I’ve mentioned before, Moby-Dick is a novel that seems to invite allegorical readings, and many readers and critics have seen in the Pequod a representation of the American ship of state. Ishmael notes that the demographic composition of the Pequod‘s crew is typical of the American whaling industry at the middle of the nineteenth century, which resembles “the American army and military and merchant navies, and the engineering forces employed in the construction of the American Canals and Railroads.”  Noting that “at the present day not one in two of the many thousand men before the mast employed in the American whale fishery, are Americans born, though pretty nearly all the officers are,” Ishmael tells us that “in all these cases the native American liberally provides the brains, the rest of the world as generously supplying the muscles.”

Ishmael observes that many of the Pequod‘s crew hail from islands like the Azores or the Shetland Islands and suggests that “Islanders seem to make the best whalemen.” He coins a term that has become famous among Melville scholars: “Isolatoes too, I call such, not acknowledging the common continent of men, but each Isolato living on a separate continent of his own.” But the Pequod brings these men together so that they are “federated on one keel.”

While I’d caution readers and listeners against reducing Moby-Dick to a political allegory, clearly the turbulent politics of the mid-nineteenth-century America were on Melville’s mind as he wrote the novel. One of the best accounts of the novel’s political symbolism is still Alan Heimert’s 1963 American Quarterly essay, “Moby-Dick and American Political Symbolism.”

If I were Ishmael, I’d make a joke about predestination here. Heimert was teaching at Harvard when I was a college student there in the early 1980s, but I decided to avoid his legendary year-long American Literature course English 70, because I didn’t want to read the Puritans. The student course evaluation guide routinely referred to Heimert as Ahab, with the distinguished Americanist Daniel Aaron (who sometimes co-taught the course) cast as Starbuck. I was a Joycean in those days and so took a minimum of American Lit courses. Imagine my dismay, then, when Heimert turned out to be the chair of my orals committee. He asked me about Longinus and the sublime.

Ishmael, however, isn’t in a comic mood at the end of the second “Knights and Squires” chapter, which ends with a grim bit of foreshadowing. Perhaps it’s because Ahab is looming in the next chapter.

“Knights and Squires” is read by Alyson Leeds. The accompanying illustration, Ghost (2001), is by Mark Wallinger and is shown courtesy of  Anthony Reynolds Gallery, London. (Specs: Scanachrome on translucent PVC, lightbox; 295 x 249 x 18 cm). Visit the site to see a high resolution version.