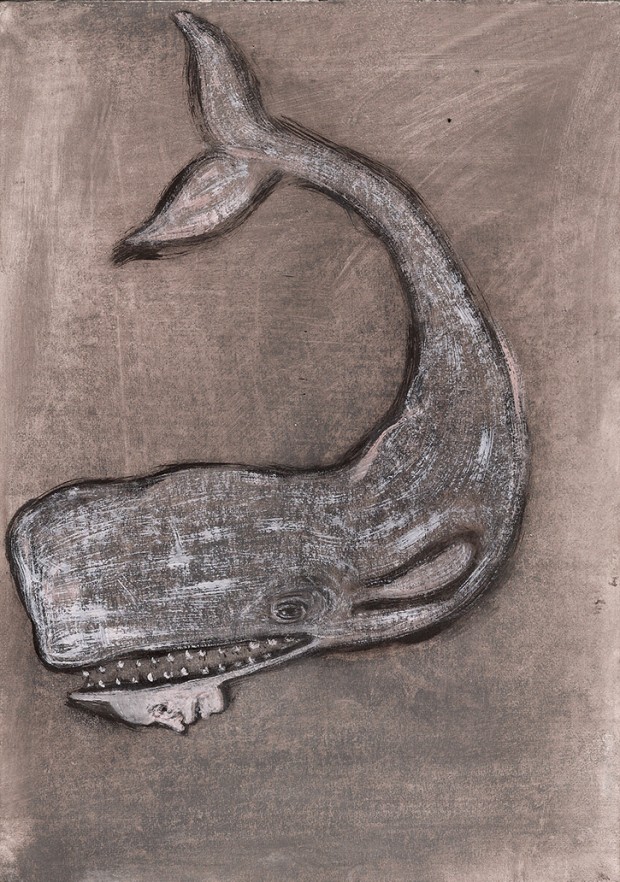 Today’s brief chapter, “The Pipe” is read by none other than UK prime minster David Cameron. And he does a pretty good job! I’d be willing to listen to him read “Cetology,” though I’d imagine that getting him to read for the 1 minute and 54 seconds that this chapter requires was no mean feat.

“Sometimes,” Freud is reputed to have said, “a pipe is just a pipe,” responding to an impertinent student who asked about the master’s pipe during a lecture on oral fixatio. (I know, you’re going to say, “But he said ‘cigar’!” Not according to Lord Wikipedia.)

“Sometimes a pipe is just a pipe,” but not in this case. In this chapter, Ishmael paints a portrait of Ahab sitting alone on an ivory stool after his encounter with Stubb, smoking his pipe: “In old Norse times, the thrones of the sea-loving Danish kings were fabricated, saith tradition, of the tusks of the Narwhale. How could one look at Ahab then, seated on that tripod of bones, without bethinking him of the royalty it symbolized? For a Khan of the plank, and a king of the sea, and a great lord of Leviathans was Ahab.” The astute reader will remember what Ishmael said about certain Quaker whalemen back in “The Ship” —

“So that there are instances among them of men, who, named with Scripture names — a singularly common fashion on the island — and in childhood naturally imbibing the stately dramatic thee and thou of the Quaker idiom; still, from the audacious, daring, and boundless adventure of their subsequent lives, strangely blend with these unoutgrown peculiarities, a thousand bold dashes of character, not unworthy a Scandinavian sea-king, or a poetical Pagan Roman.”

— and make the connection. Ahab is one of the “mighty pageant creature[s]” that Ishmael describes there, in a few chapters he will stage a spectacle for his crew.

Stubb is another pipe-smoking character, as we learned in the second “Knights and Squires” chapter, and when Ahab throws his pipe overboard, his self-consciously abandoning “sereneness” and rejecting Stubb’s point a view, which, as well soon see, is a fatalism that is full of mirth. Ahab’s fatalism, in contrast, is grim.

Queequeg is also a pipe-smoker, but I think that might be one pipe too far in this case. Though if someone out there would like to make the connection, please be my guest.

Meanwhile, for some UK coverage of today’s chapter, take a look at these two articles from the Independent: “The Blagger’s Guide to Moby-Dick“ (14 October 2012) and “Call me David: Prime Minister’s Moby-Dick reading goes live” (today).

Today’s illustration is one of my favorites: The Whale (2012) by David Austen. It graces one of the publicity posters for the “Big Read,” and you can see a high resolution version at the site.