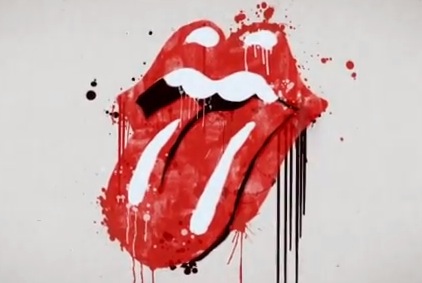 And now, for a message from one of my other obsessions …

The biggest news out of the UK today, as far as I’m concerned, was not prime minister David Cameron’s reading of Chapter 30 of Moby-Dick for the “Moby-Dick Big Read” project.

Nuh-uh: it was the announcement by the Rolling Stones that they’ll be playing four concerts later this fall — two at the O2 Arena in London (25 and 29 November) and two at the Prudential Center in Newark (13 and 15 December) — in celebration of their 50th Anniversary. Mick and Keith have patched it up after all the name-calling that followed the release of Richards’s autobiography, Life.

Hope I die before I get old? Naah, that was another British Invasion band. These Stones may be an oldies band, but they’re the world’s greatest oldies band. And I think the new single is  a throwback that sports some pretty tasty guitar work from Messrs. Richards and Wood:

Tickets for the O2 shows are available today for UK Amex holders and those willing to pay an exorbitant sum for a special “Brussells Affair ” package or a VIP Hotel package; they go on sale to the general public on 19 October. If you sign up for the Stones Archive Mailing list today, you’ll get an e-mail on Wednesday giving you another presale opportunity. Tickets for the New Jersey shows go on pre-sale starting 20 October, with the general sale on 26 October.

You can read the official announcement at rollingstones.com.

I’m pleased to report that your humble correspondent will bring you a full report on the 1st O2 show via Twitter and this site. Stay tuned.