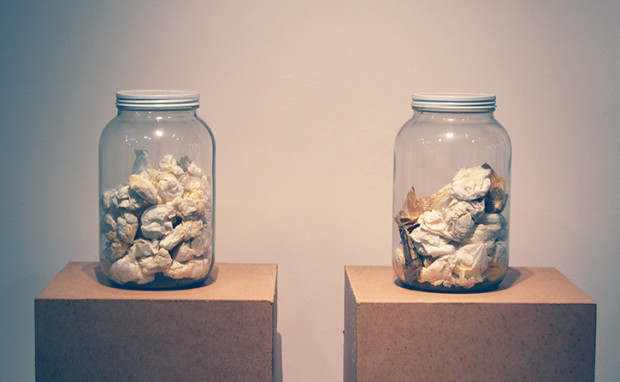 In a “A Squeeze of the Hand,” Ishmael imagines a version of domesticity based on male friendships and homosocial relationships. The chapter offers a model of community that serves as a direct counterpoint to the infernal pact into which Ahab entices the crew in “The Quarter-Deck.” Here we have a respite from the association of whaling with both Ahab’s revenge and with humankind’s domination of nature; instead, the labor that whaling requires results in communal feeling based on the bonds of love, as if (at least for a moment), the narrative was shifting its relationship to the ideas expressed in John Winthrop’s sermon “A Model of Christian Charity.”

In my discussion of “The Quarter-Deck,” I suggested that “what Ahab has done is to create a communion ceremony — a demonic communion — that binds the crew to him: ‘Commend the murderous chalices! Bestow them, ye who are now made parties to this indissoluble league. Ha! Starbuck! but the deed is done.’” It’s worth noting that the Pequod sails east away from New England in a reversal of the route taken by Winthrop’s ship, the Arbella. Ahab’s ritual is blasphemous and anti-Christian. Ishmael’s description of love in “A Squeeze of the Hand” might also seem blasphemous, as he gives a sexual cast to the bonds of love that Winthrop describes.

As he and shipmates, squeeze the sperm harvested from Stubb’s whale, transforming it from globular into liquid form, Ishmael waxes poetic:

As I sat there at my ease, cross-legged on the deck; after the bitter exertion at the windlass; under a blue tranquil sky; the ship under indolent sail, and gliding so serenely along; as I bathed my hands among those soft, gentle globules of infiltrated tissues, woven almost within the hour; as they richly broke to my fingers, and discharged all their opulence, like fully ripe grapes their wine; as I snuffed up that uncontaminated aroma, — literally and truly, like the smell of spring violets; I declare to you, that for the time I lived as in a musky meadow; I forgot all about our horrible oath; in that inexpressible sperm, I washed my hands and my heart of it; I almost began to credit the old Paracelsan superstition that sperm is of rare virtue in allaying the heat of anger: while bathing in that bath, I felt divinely free from all ill-will, or petulence, or malice, of any sort whatsoever.

Ishmael himself sets this moment against the “horrible oath” that he and his shipmates have sworn, though the line about “the old Paracelsan superstition” is a joke for those in the know: it was sperm of a rather different kind — semen — that was used as a cosmetic: legend has it that none other than Cleopatra used to enjoy its beautifying properties.

In typical fashion, Ishmael opens up his thinking beyond the world of whaling, creating ever more explicit images and calling on the whole to join him in metaphorically squeezing sperm:

Squeeze! squeeze! squeeze! all the morning long; I squeezed that sperm till I myself almost melted into it; I squeezed that sperm till a strange sort of insanity came over me; and I found myself unwittingly squeezing my co-laborers’ hands in it, mistaking their hands for the gentle globules. Such an abounding, affectionate, friendly, loving feeling did this avocation beget; that at last I was continually squeezing their hands, and looking up into their eyes sentimentally; as much as to say, — Oh! my dear fellow beings, why should we longer cherish any social acerbities, or know the slightest ill-humor or envy! Come; let us squeeze hands all round; nay, let us all squeeze ourselves into each other; let us squeeze ourselves universally into the very milk and sperm of kindness.

(It’s always fun to read that passage aloud in lecture!) But this section of the chapter ends with the melancholy realization that such transcendent moments do not last:

Would that I could keep squeezing that sperm for ever! For now, since by many prolonged, repeated experiences, I have perceived that in all cases man must eventually lower, or at least shift, his conceit of attainable felicity; not placing it anywhere in the intellect or the fancy; but in the wife, the heart, the bed, the table, the saddle, the fire-side, the country; now that I have perceived all this, I am ready to squeeze case eternally. In thoughts of the visions of the night, I saw long rows of angels in paradise, each with his hands in a jar of spermaceti.

Note the way in which “intellect and fancy” — two chief components of Melville’s brand of “romance” writing — are here opposed to the conventional domesticity of wife, heart, bed, and the rest. I take this not only as a statement of the superiority of male bonds of affection but also as a swipe against the popularity of the domestic novel, against which the romances of Melville and Hawthorne set themselves. And it’s a heartbreaking moment in which the novel seems to anticipate its own commercial failure. 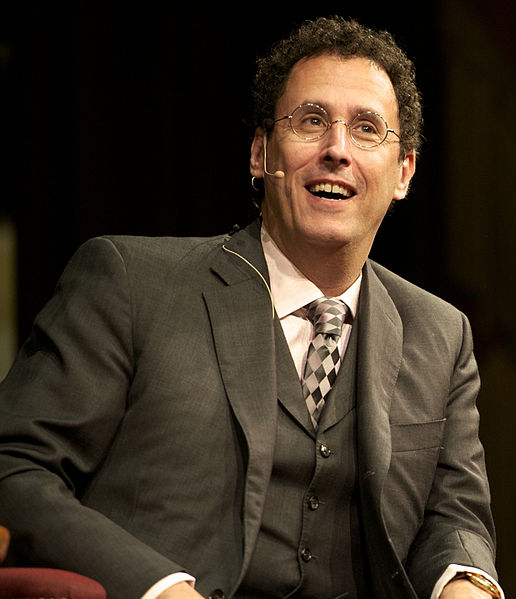 The good news, of course, is that in the career of Moby-Dick, transcendence ultimately wins out, as the novel is elevated in the twentieth century to its status at the heights of American literary achievement. It’s appropriate that “A Squeeze of the Hand” is read for us by the playwright Tony Kushner, not only because Kushner is the author of the transcendent play Angels in America — originally subtitled “A Gay Fantasia on National Themes” — but also because Kushner is a Melville aficionado.

In his wonderful tribute to Maurice Sendak, The Art of Maurice Sendak: 1980 to Present, Kushner notes that “Maurice and I became friends after he’d read an interview in whcih I’d talked about my indebtedness to and love for the work of Melville.” He adds that “Melville idolatry has historically been a calling card, a point of introduction, particularly among gay men.”

In a 2011 interview with the Paris Review, Kushner elaborates on what Melville has meant to him and his writing:

Because he’s very, very great, as deep as deep can be, vast, capable of unnerving insight, so acute an observer that he often seems clairvoyant. And he gives me permission to have gross lapses in taste and judgment and sanity. In Billy Budd, Melville says, “In this matter of writing, resolve as one may to keep to the main road, some by-paths have an enticement not readily to be withstood. I am going to err into such a by-path. At least we can promise ourselves that pleasure which is wickedly said to be in sinning, for a literary sin the divergence will be.” Melville gives you permission to rejoice within the work of art in the infinite possibilities every work of art opens up to the artist. He gives you permission to celebrate form and content irresponsibly, to flirt with overdoing it, overreaching, to flirt with disaster. He practically insists upon it.

Kushner also talks more about Melville — and his interest in the novels Mardi and Pierre — in an interview with the magazine Guernica. I like to think that one of the things that Kushner learned from Melville was a sense of the potential of cosmopolitan approach to the world, in which we approach difference not as a problem to be solved but an opportunity to be embraced. One of the things that Prior, the central protagonist of Angels in America, tells us at the end of the play is that it’s time to become citizens of the world: “We won’t die secret deaths anymore. The world only spins forward. We will be citizens. The time has come.”

Today’s illustration is The Long and Lonely Nights by Viktor Wynd.