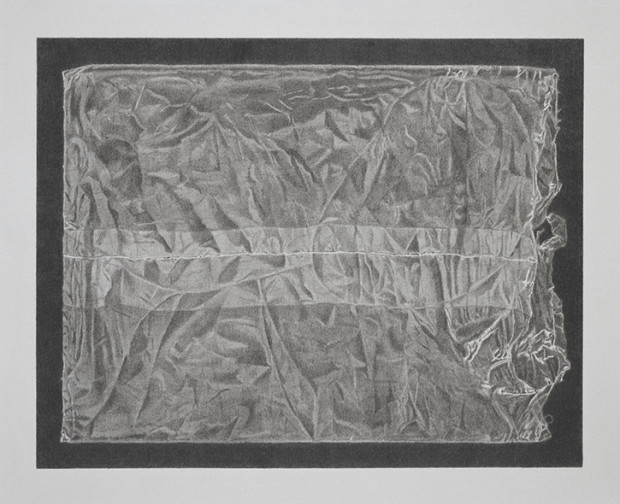 In another bit of inspired vocal casting, the “Big Read” follows up Tony Kushner reading “A Squeeze of the Hand” with transgressive filmmaker John Waters reading “The Cassock,” Ishmael’s meditation on the penis of the whale.

The vision of brotherly love that opens “A Squeeze of the Hand” doesn’t last: the second half of the chapter is another encyclopedic moment in which we learn about such things as “plum-pudding” (not what you think it is), “slobgollion,” “gurry,” “nippers,” and the “blubber-room.” And that’s followed by a chapter that presents an aggressive, phallic version of masculinity that’s in sharp contrast to the “affectionate, friendly, loving feeling” depicted in “A Squeeze of the Hand.”

Here’s how Ishmael begins “The Cassock”:

Had you stepped on board the Pequod at a certain juncture of this post-mortemizing of the whale; and had you strolled forward nigh the windlass, pretty sure am I that you would have scanned with no small curiosity a very strange, enigmatical object, which you would have seen there, lying along lengthwise in the lee scuppers.

Now, I’m a great admirer of the Norton Critical Edition

of the novel, but some of it’s footnotes are clunkers and the one that follows “engimatical object” is perhaps the worst one in the book. Do we really need an explanation — there — that the object in question is “the penis of the whale”? It completely spoils the joke, which most readers would, I think it’s relatively safe to say, would figure out by reading the next sentence:

Not the wondrous cistern in the whale’s huge head; not the prodigy of his unhinged lower jaw; not the miracle of his symmetrical tail; none of these would so surprise you, as half a glimpse of that unaccountable cone, — longer than a Kentuckian is tall, nigh a foot in diameter at the base, and jet-black as Yojo, the ebony idol of Queequeg.

At the very least, put the footnote there, after “Queequeg.”

We remember that in “A Bosom Friend” Ishmael “salamed before [Yojo] twice or thrice” and “kissed his nose” as a sign of both his devotion to Queequeg and his devotion to (his interpretation of) the Golden Rule. The joke that follows in the next sentence requires you either to know your Old Testament really well or else be willing to look up the allusion:

And an idol, indeed, it is; or, rather, in old times, its likeness was. Such an idol as that found in the secret groves of Queen Maachah in Judea; and for worshipping which, king Asa, her son, did depose her, and destroyed the idol, and burnt it for an abomination at the brook Kedron, as darkly set forth in the 15th chapter of the first book of Kings.

Here the Critical Edition editors give us a useful footnote:

1 Kings 15.11-13: “And Asa did that which was right in the eyes of the Lord, as did David his father. And he took away the sodomites out of the land, and removed all the idols that his fathers had made. And also Maachah his mother, even her he removed from being queen, because she had made an idol in a grove; and Asa destroyed her idol, and burnt it by the brook Kidron.”

Biblical belief and male sexuality are played off one another here and throughout the chapter, as Ishmael goes on to describe the way in which the skin of the penis is used to provide a garment that serves as protection for the “mincer,” who uses a cutting spade to cut the whale’s blubber into thin slices that the sailors refer to as “bible leaves.” Ishmael explains the term in a note: “Bible leaves! Bible leaves! This is the invariable cry from the mates to the mincer. It enjoins him to be careful, and cut his work into as thin slices as possible, inasmuch as by so doing the business of boiling out the oil is much accelerated, and its quantity considerably increased, besides perhaps improving it in quality.”

Sheathed by the skin of the whale’s penis, the mincer becomes a symbol of aggressive masculinity as he engages in the process of reducing the whale to a commodity, another example of humankind’s domination of nature. And then the final phallic pun, which takes a swipe at the Christian church, as we learn that the mincer’s

office consists in mincing the horse-pieces of blubber for the pots; an operation which is conducted at a curious wooden horse, planted endwise against the bulwarks, and with a capacious tub beneath it, into which the minced pieces drop, fast as the sheets from a rapt orator’s desk. Arrayed in decent black; occupying a conspicuous pulpit; intent on bible leaves; what a candidate for an archbishoprick, what a lad for a Pope were this mincer!

In case you were wondering, the Norton Critical

offers us this footnote: “The archaic spelling with the final k emphaszies the phallic pun.” Yup. 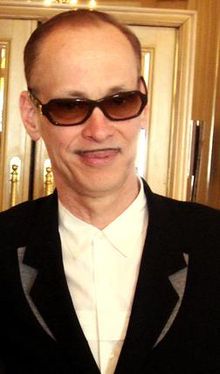 And in case you’d forgotten, director John Waters is famous for his comic depictions of transgressive sexuality in 1970s and ’80s “trash” cinema such as Pink Flamingos (1972), Female Trouble (1974),  Desperate Living (1977), and Polyester (1981). The drag queen Divine was one of his signature performers. Waters, by the way, briefly attended NYU, though it wasn’t his cup of tea: “NYU…I was there for about five minutes. I don’t know what I was thinking about. I went to one class and they kept talking about Potemkin and that isn’t what I wanted to talk about. I had just gone to see Olga’s House of Shame. That was what I was more into” (source: Wikipedia).