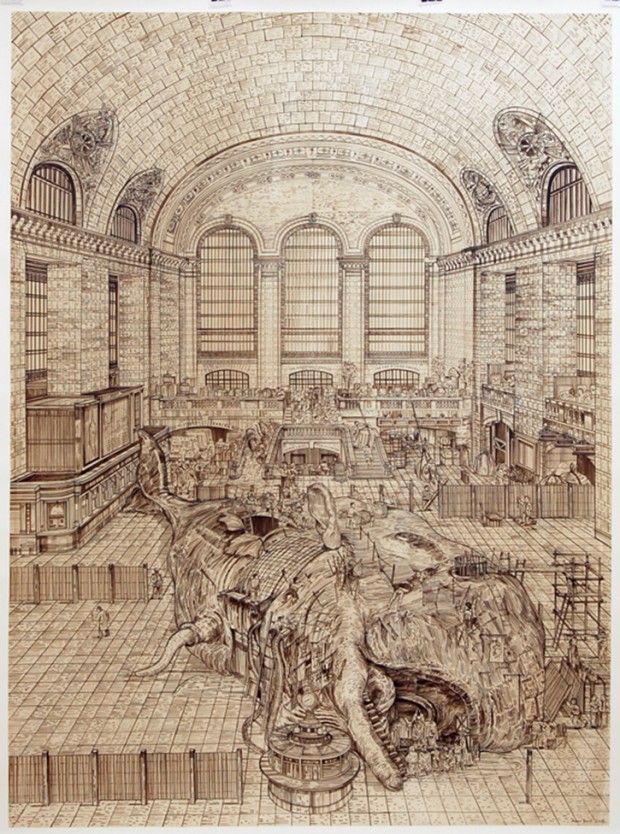 In this chapter, Ishmael continues the project begun in the “Etymologies” and “Extracts” sections that precede the first chapter of creating a cultural genealogy of whaling that stretches back to time immemorial. The “Extracts” are squarely Biblical in orientation, however, the first three entries coming from Genesis, Job, and Jonah.

Here Ishmael recruits a more global crew to his cause, adding Perseus, Hercules, and Vishnoo to the Old Testament figure Jonah and the Christian St. George.

You’ll remember that Ishmael has already connected both Perseus and Vishnu to whaling in the chapter “Of Monstrous Pictures of Whales” and even earlier (in “The Advocate“) reminded us that Cetus, the sea monster from whom Perseus rescued Andromeda, “is a constellation in the South!” 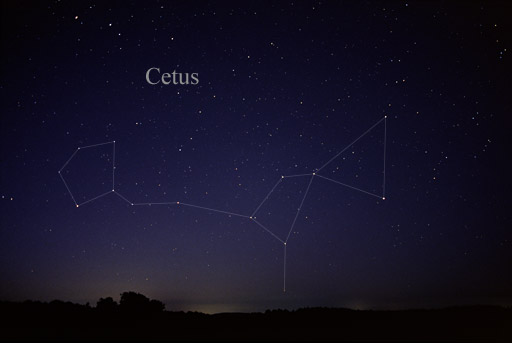 Although “Cetus” is Latin for “whale,” the idea that monster slain by Perseus actually was a whale remains controversial. This Corinthian amphora makes Cetus look a bit like a lion: 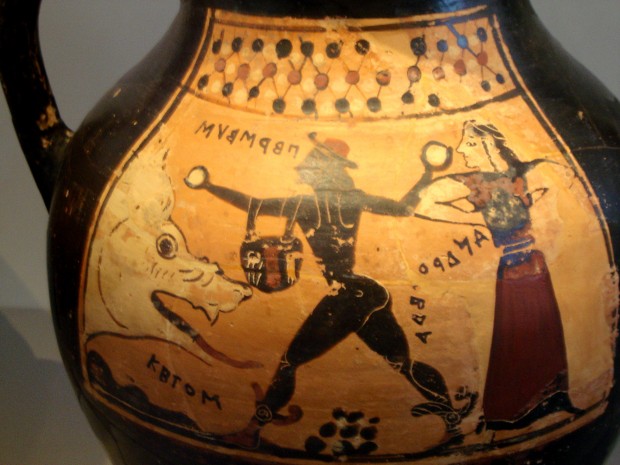 And let’s not even talk about paintings like this one by the Victorian artist Edward Burne-Jones, painted some thirty years after Moby-Dick: 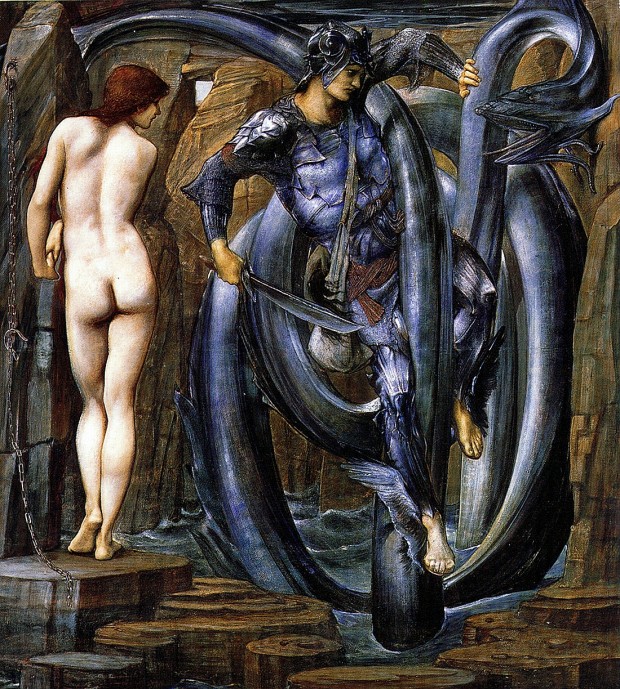 It’s representations like this against which Ishmael rails in the “Monstrous Pictures” chapter, but in this chapter Ishmael pulls out all the stops, arguing that he, as a humble whaler, belongs to a genealogy that includes heroes (Perseus), saints (St. George), demi-gods (Hercules), prophets (Jonah) and even a god (Vishnu).

But the Biblical orientation evident in “Extracts” remains. Of all these mythological and religious figures, Ishmael proves to be most interested in Jonah, who (he points out) sailed from precisely the point where the bones of the whale that Perseus slew were eventually taken by the Romans. Ishmael finds this connection “singular and suggestively important,” and Jonah interests him enough that he’ll devote the next chapter to a “historical” consideration of the Biblical prophet.

“The Honor and Glory of Whaling” is read by the artist Tony de los Reyes, who presented the exhibition Chasing Moby Dick in 2010 at the Santa Barbara Museum of Art. Today’s illustration is Leviathan, Grand Central (2009) by Adam Dant.