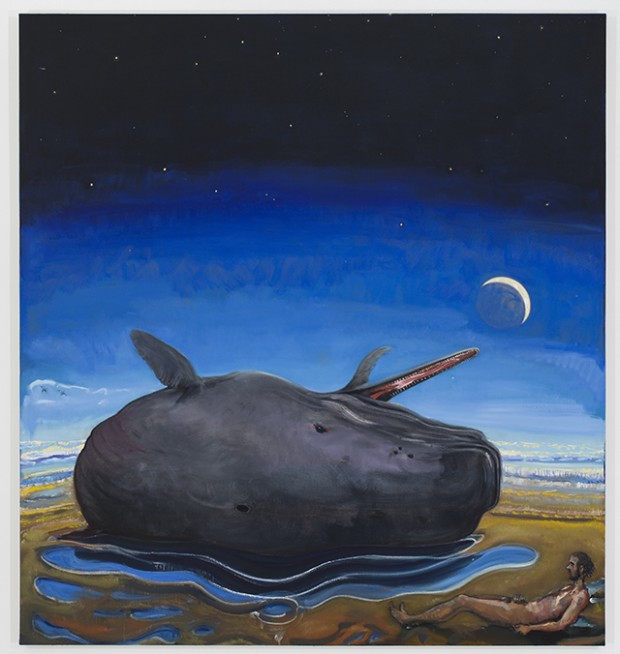 This tongue-in-cheek chapter ostensibly refutes the doubts by one Sag Harbor whaleman about the veracity of the Biblical story of Jonah. The counterarguments that Ishmael provides are wonderful examples of the lengths to which “exegetists” will go to assert the literal truth of the Bible. Ishmael faults “Sag-Harbor” for the “his foolish pride of reason” and his “abominable, devilish rebellion against the reverend clergy.” You gotta have a little faith, Sag-Harbor, Ishmael seems to say, as he cites both Christian and Muslim belief in miracles that defy belief.

All well and good, until we recall that “devlish rebellion against the reverend clergy” is a pretty good way of describing the text of Moby-Dick. Ishmael is indeed wary of over-valuing reason (hence his debunking of classificatory systems in “Cetology,” but he’s equally wary of over-valuing faith — or at least most people’s objects of faith, such as religion. In what does Ishmael, finally, have faith. That remains to be seen, doesn’t it?

“Jonah Historically Regarded” is read by Colin Bailey. Today’s image is Jonah and the Whale (2009; ?oil on canvas, 108 x 100 inches) by Verne Dawson. Visit the “Big Read” site to see a high resolution version of the image, which is copyright the artist and used courtesy of the artist and Gavin Brown’s enterprise.