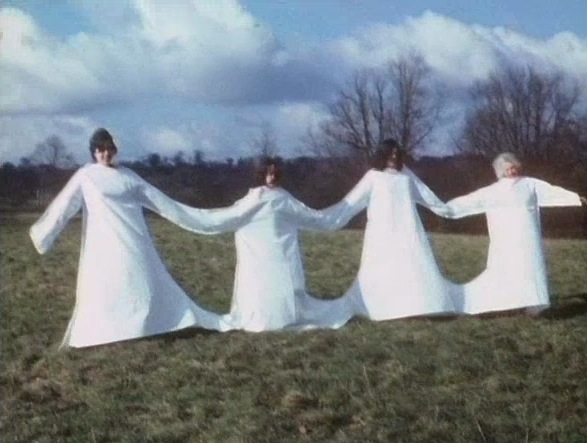 This gam chapter should be read as a companion to the “Town-Ho’s Story“: Ishmael tells us that it was during the earlier gam with the Town-Ho that the crew of the Pequod learned of the Jeroboam and the odd character Gabriel who belongs to its crew.

The Jeroboam turns out to be aptly named because, Ishmael tells us, “a malignant epidemic on board.” In the Old Testament, Jeroboam is a king who causes the Kingdom of Israel to be divided after the death of Solomon, ruling over the ten northern tribes, with Rehoboam ruling over Judah. Jeroboam erects two shrines, each featuring a golden calf, at border cities of Dan and Bethel, direting his subjects to worship at these altars rather than the Temple of Solomon in Jerusalem. Predictably, Jeroboam’s career doesn’t end well, and his family is ultimately wiped out.It’s hard to imagine why any Nantucket shipowner would name a ship after such a Biblical figure. Then again, it’s hard to imagine why anyone would name a child “Ahab.” Perhaps Melville is pointing to the shallowness of most people’s Biblical knowledge.Gabriel, an archangel in the Abrahamic religious traditions, is not connected to Jeroboam. The idea that Gabriel is an “archangel” is a relatively late development in Biblical history. Gabriel is mentioned twice in the Bible: he appears to Daniel in Daniel 8 and 9, explaining Daniels’ visions to him; he appears in the first chapter of the Gospel of Luke, foretelling the births of John the Baptist and Jesus. In Luke 1:11 he is called “an angel of the Lord’: in Daniel he is simply “the man Gabriel.” In both cases, “Gabriel” is associated with revelations and prophecies, and Melville makes his Gabriel a similarly visionary figure, though in proclaiming the white whale to be an incarnation of the Shaker God, his beliefs seem to have been inflected with a little Jeroboam-like apostasy.
As in the “Town-Ho’s Story,” the Jeroboam‘s first mate, Macey, is singled out for death in his encounter with the white whale, and Gabriel warns Ahab not to pursue a similar fate: “Think, think of the blasphemer — dead, and down there! — beware of the blasphemer’s end!” Uncannily, the Pequod is carrying a letter for a member of the Jeroboam‘s crew — addressed to none other than Macey, further suggesting that the Pequod‘s fate may well be intertwined with Macey’s.”The Jeroboam’s Story” is read by Georgia Zildjian and illustrated with a video conceived by Marcia Farquhar (and filmed by Jem Finer)  entitled Dressing for Four. The title refers to the garment, designed by Farquhar, which is worn simultaneously by four women.