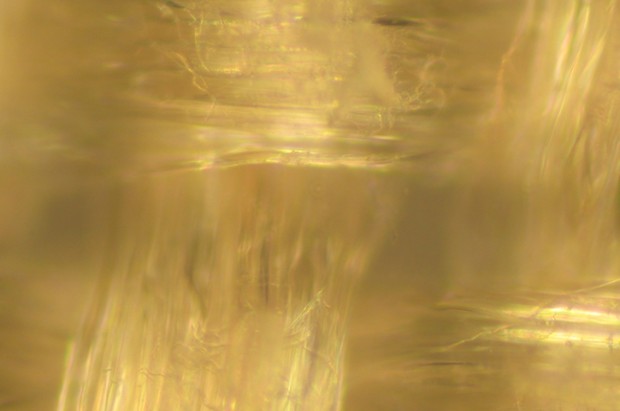 In this chapter, Ishmael returns to the subject of the whale’s skin. You’ll remember that in the chapter entitled “Moby Dick,” Ishmael pointed out that the “white whale” Moby Dick is not, in fact, entirely white. His distinguishing features are “a peculiar snow-white wrinkled forehead, and a high, pyramidical white hump.” The rest of his skin is black but “streaked, and spotted, and marbled with the same shrouded hue.” I suggested, in my comments on that chapter, that Ishmael is subtly making reference to the discourses of race and slavery in nineteenth-century America.

Here, in a chapter that begins by wondering whether the whale’s blubber should be considered to be its skin, Ishmael picks up the Egyptian theme once again, describing the lines that “crossed and re-crossed” the skin of the whale as “hieroglyphical; that is, if you call those mysterious cyphers on the walls of pyramids hieroglyphics, then that is the proper word to use in the present connexion.” He also makes an association to a now-vanished set of Native American hieroglyphs “on the banks of the Upper Mississippi.” Known as the “Piasa Bird,” the markings depicted a dragon and have been recreated several hundred yards upstream from their original location, after they were destroyed by quarrying in the 1870s. Unlike the Egyptian hieroglyphs, which were deciphered after the discovery of the Rosetta Stone, Ishmael claims that these Indian hieroglyphs are “mystic” and “undecipherable.” For Ishmael, these Indian markings offer an appropriate analogue to the markings on the whale, because (he wants us to believe) both have a meaning that will forever remain unknown to us because we cannot decipher it.

The discovery of the Rosetta Stone fascinated many of Melville’s contemporaries. In contrast, however, to Emerson, who wrote in Nature  that “every man’s condition is a solution in hieroglyphic to those inquiries he would put,” Ishmael believes that there may be some hieroglyphs that human reason cannot decipher. Ishmael and Ahab share the idea that Moby Dick has significance, but where Ahab seems to want to pin a determinate meaning on the whale, Ishmael seems — at least at this point — committed to the idea that the meanings of the whale may never be fully understood.

Ishmael ends the chapter by marveling at the “vitality” of the whale, whose “blanket” of blubber keeps him warm and cosy even in Arctic waters. As twentieth-century readers, we must be struck by the dramatic irony created by the march of time: the Piasa Bird has gone extinct and the twentieth-century recreation is a poor copy, because its new location is on an inferior grade of limestone that requires constant maintenance (in contrast to the high grade of limestone on the original site). And the whales, their “individual vitality,” have also been pushed to the brink of extinction through the technological advances in whaling (beginning with the harpoon gun) that would render obsolete the techniques for capture that Ishmael describes in Moby-Dick. Will the whales, like the Piasa Bird, be destroyed before we can understand them? What kind of poor copy will future generations be able to make when the whales have disappeared?

“The Blanket” is read by Professor Andrew Brewerton, Principal of the Plymouth College of Art. The accompanying illustration is Membrane Microscopic Image of Living Skin Cells Cultured on Silk by Paul Thomas.