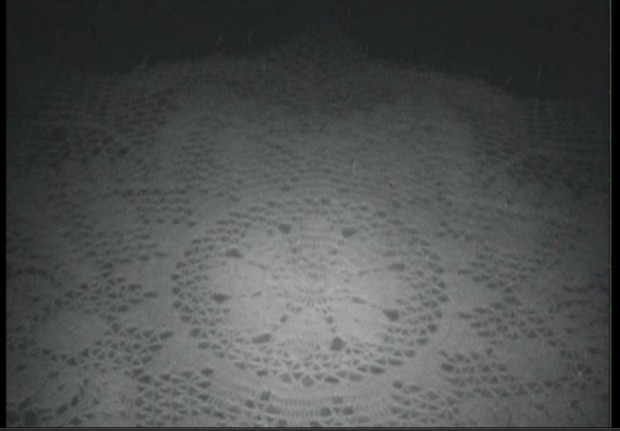 This chapter’s title — “The Hyena” — evokes the terrifying laughter of that carnivorous animal, which attacks from behind and often begins to eat its prey while the prey is down but still alive. Ishmael is once again musing about Fate and the limitations that are placed on human agency and free will. In the first chapter, “Loomings,” he’d made a joke about predestination:

And, doubtless, my going on this whaling voyage, formed part of the grand programme of Providence that was drawn up a long time ago. It came in as a sort of brief interlude and solo between more extensive performances. I take it that this part of the bill must have run something like this:

“Grand Contested Election for the Presidency of the United States”

“‘Whaling Voyage by one Ishmael”

Though I cannot tell why it was exactly that those stage managers, the Fates, put me down for this shabby part of a whaling voyage, when others were set down for magnificent parts in high tragedies, and short and easy parts in genteel comedies, and jolly parts in farces — though I cannot tell why this was exactly; yet, now that I recall all the circumstances, I think I can see a little into the springs and motives which being cunningly presented to me under various disguises, induced me to set about performing the part I did, besides cajoling me into the delusion that it was a choice resulting from my own unbiased freewill and discriminating judgment.

He continues that train of thought here, though one gets this sense that, in remembering his falling into the drink, he finds it all  a little less amusing:

There are certain queer times and occasions in this strange mixed affair we call life when a man takes this whole universe for a vast practical joke, though the wit thereof he but dimly discerns, and more than suspects that the joke is at nobody’s expense but his own. … That odd sort of wayward mood I am speaking of, comes over a man only in some time of extreme tribulation; it comes in the very midst of his earnestness, so that what just before might have seemed to him a thing most momentous, now seems but a part of the general joke. There is nothing like the perils of whaling to breed this free and easy sort of genial, desperado philosophy; and with it I now regarded this whole voyage of the Pequod, and the great White Whale its object.

It’s worth noting two things. First, this attitude about fatedness aligns Ishmael with Stubb, who ruminates in a similar fashion in “First Night-Watch” and against Ahab, who can’t seem to get over the “momentous” nature of his previous encounter with Moby Dick. But, second, the evocation of the hyena’s laugh — suggesting that the joker who invented the universe is predatory and brutal — moves him away from Stubb back towards Ahab.

In any case, Ishmael wants to know whether he should expect more of the same as the voyage continues:

“Queequeg,” said I, when they had dragged me, the last man, to the deck, and I was still shaking myself in my jacket to fling off the water; “Queequeg, my fine friend, does this sort of thing often happen?” Without much emotion, though soaked through just like me, he gave me to understand that such things did often happen.

He gets similar responses from the mates Stubb and Flask.

What’s a boy to do after such a traumatic event?

Go below decks and write his well. Or re-write it: Ishmael tells us that it’s fourth time in his “nautical life” that he’s written a will.

And who do you suppose is the “lawyer, executor, and legatee”? Of course, none other than Queequeg.

His posterity thus secured, Ishmael is ready for anything: “Now then, thought I, unconsciously rolling up the sleeves of my frock, here goes a cool, collected dive at death and destruction, and the devil fetch the hindmost.”

Bring on the next whale! (Surprise, surprise: it’ll take a few chapters before we see one.)

“The Hyena” is read by Nigel Larcombe-Williams is a disability advisor at Plymouth University. The chapter is illustrated with a video entitled And Not A Voyage Complete (2012) by visual artist Hondartza Fraga (still shown above). Visit the “Big Reads” site to view it.