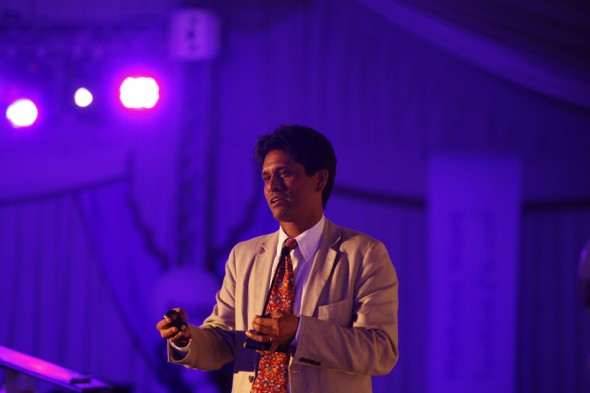 Marhaba Week flashback: “Yet as the dinner wore on and jetlag took its toll, Cyrus Patell, a star literature professor from NYU New York, did just that, gliding between the tables armed with microphone and steely, talk-show affability.” I guess this picture captures what he meant. I noticed the picture today on some of the slideshows playing on the computers in the lobby of 19 Washington Square North today. I’m still getting grief at home for the quote.