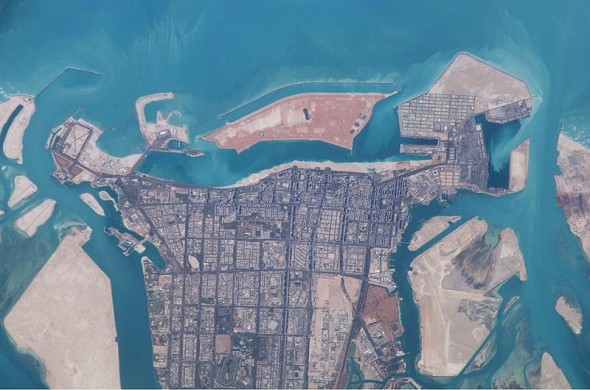 I’m very pleased to announce the debut of a project on which I’ve been working with a number of faculty and students at NYU Abu Dhabi: Electra Street, a Journal of the Arts and Humanities published at NYU Abu Dhabi. In the initial incarnation that became public last Wednesday, the project is a website. Its address is http://electrastreet.net.

It is our hope, however, that the Electra Street will present work in a variety of different manifestations. Part of what we are trying to do with Electra Street and with many of the projects we undertake at NYU Abu Dhabi is to rethink our practices from the particular vantage point — in space and in time — that being at NYU Abu Dhabi now offers us.With Electra Street, we are taking the opportunity to ask taking the opportunity to ask, “What should a 21st century ‘journal’ published in an emergent arts and humanities culture look like?” We hope that the project will take some kind of codified form by the end of this year academic year or early in the next, but I’m not prepared to say now what that form will be. Perhaps it will be published book, a DVD, a flash drive, or an app for the iPad — or some combination of these things. For now, we’ll be adding content each Sunday and developing a reservoir of exciting work from which to draw.

The project is headed by an editorial collective that consists of both students and faculty. The mission of the journal, expressed in the “Guidebook” that appears on the site, is to serve as “a forum for journeys undertaken by today’s academics and artists as they navigate the region and the globe, including the cities that host NYU’s global network such as Accra, Paris, London, New York, and Shanghai.” We’re hoping to establish smaller editorial collectives at each of NYU’s study-away sites,  as well as in New York, each contributing to the project. I’ll be encouraging NYUAD students to serve as correspondents for the journal as the travel within the network (as early as this J-Term) and to join up with the collectives that will exist at the sites they visit during their semesters abroad. I can imagine a future in which both students and faculty participate in a network of editorial collectives as they spend time at different sites in NYU’s global network.

Given its title, the site uses a spatial metaphor for its organization and is divided into several sections. “Avenues” presents work of various kinds from the full range of disciplines in the arts and humanities. “Crossings” offers work that is interdisciplinary or multidisiciplinary or that defies conventional boundaries. “Progressions” presents ongoing colloquia or conversations on various topics within the arts and humanities. “On Location” takes a look at events at sites from across NYU’s global network.You can also use the “Roundabout” dropdown box at the bottom of the main page to locate work not only by section but also by genre. The “Search” box at the top of the page enables you to conduct free-form searching.

On the occasion of its launch, Electra Street featured the following pieces of work: videos from the Iktishaf Project, which is a collaboration between NYUAD and Zayed University in conjunction with the Abu Dhabi Film Festival; a phototext entitled “Istanbul: Why Photos Cannot Capture It,” in which Katherine James meditates on the Istanbul that lies outside the purview of the photographer’s lens; and the text of an address entitled “From Athens to Abu Dhabi,” given in Abu Dhabi by the historian David Levering Lewis, offering a history of the university from its earliest days to its present global incarnations; and an essay on the exhibition “No Customs” curated by artists Jennifer and Kevin McCoy, who are currently in residence at NYU Abu Dhabi. There is poetry by Julia Welsh with illustrations by Besiki Turazashvili. We also have the first installment of our “Colloquium on Cosmopolitanism” featuring the video that I recorded this summer “Cosmopolitan Ideas for Global Citizens” (and presented here in an earlier post).

The name “Electra” street has different connotations (and I expect its name to be the subject of an extended essay in the near future). People in New York immediately think of that tragic figure from Greek mythology, dramatized by Euripedes and Sophocles:the princess who, with her brother Orestes, plotted revenge against her mother Clytemnestra and her lover Aegisthus for the murder of their father, Agamemnon, the leader of the Greek invasion of Troy. In Abu Dhabi, however, that resonance is muted. “Electra Street” is the name commonly used for the street where NYU Abu Dhabi’s Sama Tower is located. The official name is Shaikh Zayed the Second Street. According to the Gulf News, the street “inherited its unusual name from an old video and electronic games shop of the same name that has since shut down.”

Hope to see you on the Street!

[Photo Credits: The photo above appears on the Guidebook page of Electra Street, which currently contains the journal’s mission statement. It is a  satellite picture of the island of Abu Dhabi taken by International Space Station in March 2003, courtesy of the Image Analysis Laboratory, NASA Johnson Space Center. Source: http://eol.jsc.nasa.gov, Filmroll: ISS006-E-32079. Click here for detailed copyright information.]