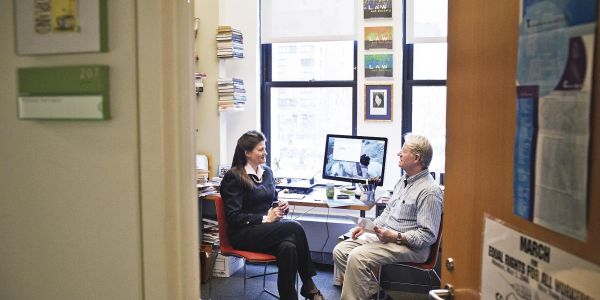 I’m a little less confused than I’ve been.

In my post “Disagreeing with the Vote of No Confidence,” I was struck by the number 682 — the number of voters eligible to participate in last week’s FAS vote of no confidence in President Sexton. I noted that “my wife, who is a member of the faculty of the Liberal Studies Program — a program that is a part of the Faculty of Arts Science — did not receive a ballot” and that she was “disenfranchised because she belongs to a program that consists of non-tenure-track faculty.” In a comment left on a Village Voice article about the vote, I noted that the article “is misleading on at least this one point: it states that FAS is a faculty numbering approximately 2,600. But that number includes the 1,900 ‘non-tenure teaching staff,’ who have been disenfranchised by the organizers of this vote.”

To be honest, I didn’t understand the rationale for the exclusion. If (as one of the loudest proponents of the VNC has been claiming) one of the major grievances against John Sexton was the rise in the number of non-tenure-track faculty during his years as president, surely it would be in the interest of the organizers of the VNC to include that group, which presumably would be strongly in favor of the measure.

I’m a little less confused now, because I’ve read this article by Robin Wilson in the Chronicle of Higher Education: “The New Faculty Minority: Tenured professors fight to retain control as their numbers shrink” (March 18, 2013).

Here’s how it begins:

The first order of business when arts-and-science professors at New York University gather each year is to decide whether their full-time colleagues who work off the tenure track should be granted voting privileges in faculty meetings. This academic year, for the first time, the professors decided no.

Extending the vote to full-time contingent faculty members was deemed too “dangerous.” As on most campuses, professors at NYU who have tenure or are on the tenure track are a dwindling minority, and some worry that their power would be weakened and their voice muffled if shared governance were shared more broadly.

While tenured professors often express concern about the working conditions of contingent faculty members, they also are moving to draw ever sharper distinctions between those workers and themselves as they seek to retain power and influence. Non-tenure-track instructors have a narrower focus, lack institutional memory, and are subject to pressure from administrators who hire them, say those at NYU who opposed extending voting privileges. Their fear is that the rapidly growing number of those working off the tenure track could overwhelm the shrinking proportion of the tenured.

It is instructive to compare the list of NYU names quoted in this piece to a list of the organizers of the VNC and those frequently quoted by the media in support of the vote.

I now begin to understand what these critics of the Sexton regime mean when they talk about “faculty democracy” and “shared governance.”

For what it’s worth, I note that in the last meeting of the NYUAD Faculty Council, we voted to continue to extend voting rights not only to the tenured and tenure-track faculty, but also to contract faculty, affiliates from the Square, and — gasp — senior NYUAD administrators.

[Photo credit: The photo above is from the Chronicle article and was taken by Mark Abramson. The caption that accompanies it on the Chronicle site reads: “Christine Harrington and James Uleman, two tenured faculty leaders at NYU, say non-tenure-track professors’ limited purview justifies keeping them out of governance roles.’]