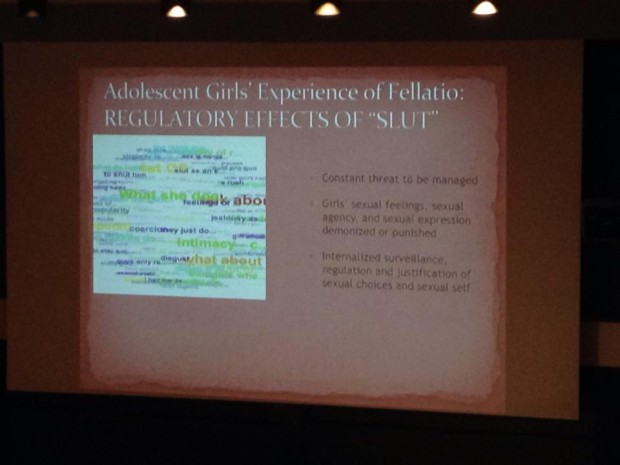 The panel on which I spoke yesterday was called “1983 Thinks Big: 5 for 10.” Here’s how it was billed: “Modeled on Harvard Thinks Big and Ted Talks, five classmates who are professors in various fields and at various universities each give a 10-minute talk on their work and ideas.”

These were the talks:

From Nasty to Normal: Reframing the Study of Adolescent Girls’ Sexuality
Deborah L. Tolman, Professor of Social Welfare and Critical Social Psychology at the Hunter College School of Social Work and The Graduate Center of The City University of New York

Automatically Scalable Computation (or “Why don’t my programs run any faster now than they did in 2003?”)
Margo Seltzer, Herchel Smith Professor of Computer Science, Harvard University School of Engineering & Applied Sciences, and Architect, Oracle Corporation

The Evolution of a Career
David Gessner, Professor of Creative Writing, University of North Carolina at Wilmington, and Writer

Tony spoke about research into pharmaceutical solutions for obesity, noting that exercise does far less than dietary adjustment, which does far lest than bariatric surgery, which isn’t really practical as a large-scale solution to the problem of obesity that has beset the U.S. in the last thirty years.

Margo talked about why increases in computer processing power haven’t translated into faster execution of software and described research into predictive parallel processing that turns your computer’s cores into “minions.”

David offered an account of his career as a non-fiction writing and his vexed (and not entirely voluntary) transformation into a “nature writer.” He concluded with this amusing video about transformation: