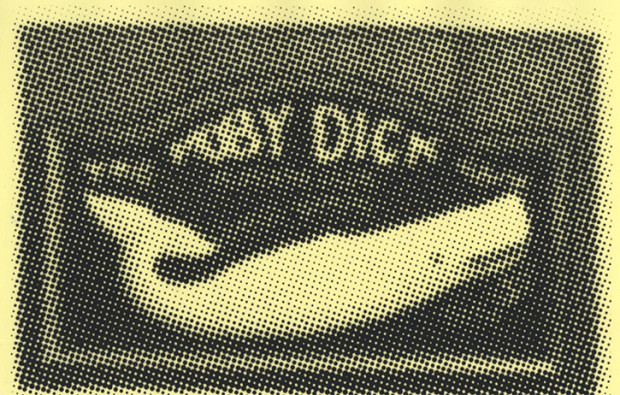 Today, my son Liam and I have the honor of reading “The Doubloon,” one of my favorite chapters in the novel. In this chapter, members of the crew — starting with Ahab and ending with Pip — walk up to the doubloon that Ahab has nailed to the mainmast and try to make sense of the images that it portrays. The doubloon, Ishmael tells us, is from Ecuador near near the equator, made “of purest, virgin gold, raked somewhere out of the heart of gorgeous hills, whence, east and west, over golden sands, the head-waters of many a Pactolus flows.” The way in which it served as the focal point of the ritual in which Ahab led the crew to swear allegiance to his quest to kill Moby Dick, has given it a talismanic status, making the idea of its theft by one of the crew unthinkable.

Ishmael tells us that a standard representation practice on such coins was to include pictures of “palms, alpacas, and volcanoes; sun’s disks and stars; ecliptics, horns-of-plenty, and rich banners waving, are in luxuriant profusion stamped,” making the coins additionally precious by virtuing of making them seem “so Spanishly poetic.”

The Pequod‘s doubloon turns out to be “a most wealthy example of these things”:

On its round border it bore the letters, REPUBLICA DEL ECUADOR: QUITO. So this bright coin came from a country planted in the middle of the world, and beneath the great equator, and named after it; and it had been cast midway up the Andes, in the unwaning clime that knows no autumn. Zoned by those letters you saw the likeness of three Andes’ summits; from one a flame; a tower on another; on the third a crowing cock; while arching over all was a segment of the partitioned zodiac, the signs all marked with their usual cabalistics, and the keystone sun entering the equinoctial point at Libra.

Like the “boggy, soggy, squitchy” picture in “The Spouter-Inn” chapter, the doubloon provides an occasion for the literary device known as ekphrasis, the verbal representation of a piece of visual art. Ekphrasis can provide a text with a meta-narrative moment, during which it can meditates on the nature of art and interpretation, on its own representational strategies, and like a play-within-play on the progress of its narrative. In this respect, the picture and the doubloon function in a similar fashion to the gam chapters in Moby-Dick.

Each of the sailors who interpret the doubloon finds something in it that reflects his own particularly epistemological and ideological perspectives. Ahab, for example, sees emblems of himself all over the coin; Starbuck finds truth and sadness in the coin, reflecting his own conflicted feelings about the voyage; and Flask thinks about how many cigars he might buy with us (using math that’s a little bit faulty). What does this tells us about our ability to find truth in interpretation, we readers of the novel?

Ishmael further calls attention to the question of perspective by setting the scene up as if it were a play-within-a-play, giving Stubb the opportunity to serve as both participant-interpreter and narrator. Perhaps Stubb receives pride of place because he is simultaneously fatalistic,  practical, and jolly: he uses an almanac from New England to try to interpret the pictures on the Doubloon, but ultimately suggests to us that interpretation is always going to be subjective. Addressing his almanac, he says, “the fact is, you books must know your places. You’ll do to give us the bare words and facts, but we come in to supply the thoughts.” One of the thoughts that Stubb supplies as the scene progresses is that Fedallah is a devil and a “fire-worshipper.” It’s worth comparing the perspectives that arise in this chapter to the perspectives described in the “Knigths and Squires” chapters and in the sequence of monologues that follow “The Quarter-Deck.” Are there any signs of change, or do the characters remain static?

The chapter ends, finally, with the words of the mad young Pip, whose crazy talk seems to reduce all observation simply to grammar, form without function, suggesting (perhaps) that the idea of truth may be beyond human beings’ ability to discern. His comic description of the doubloon as the navel of the ship, alluding to the folkloric belief that if you unscrewed your navel, your ass would fall off. The doubloon, then, holds the ship together. But what does it signify?

My younger son, Caleb, listened to a bit of his brother’s reading of Pip’s words and then asked Liam what it all meant. Liam replied that even though he read it, he wasn’t sure that he knew what it meant. They looked me. I told them I wasn’t sure what it meant either.

I wasn’t being disingenuous.

Liam Patell is student at the Brighton College Abu Dhabi. Today’s illustration, Moby-Dick, is by Mark Hampson, who is Head of Material Processes at the Royal Academy Schools in the UK and previously taught printmaking as a fellow of the Royal College of Art.