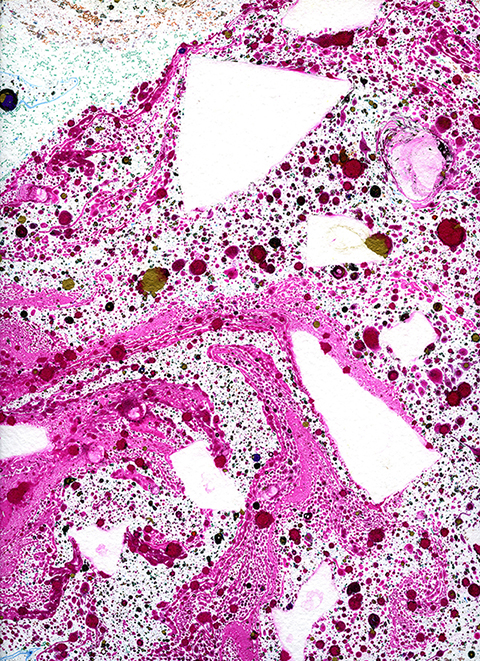 In this chapter, Ishmael tells us more about the “purse” that Stubb retrieved from the “blasted whale” in the previous chapter. Ishmael tells us that “though the word ambergris is but the French compound for grey amber,” the “two substances are quite distinct.” Unlike amber, which is “a hard, transparent, brittle, odorless substance, used for mouth- pieces to pipes, for beads and ornaments,” ambergris is “soft, waxy, and so highly fragrant and spicy, that it is largely used in perfumery, in pastiles, precious candles, hair-powders, and pomatum. The Turks use it in cooking, and also carry it to Mecca, for the same purpose that frankincense is carried to St. Peter’s in Rome.”

The idea that a substance prized by “fine ladies and gentlemen” has its origins “in the inglorious bowels of a sick whale” strikes Ishmael as a generalizable principle, which he links to St. Paul’s declaration that “the resurrection of the dead” is “sown in corruption; it is raised in incorruption. It is sown in dishonor; it is raised in glory; it is sown in weakness; it is raised in power.”

We might liken this insight to the project of the novel, which raises to transcendent heights, a most unlikely subject: whaling.

ishmael ends the chapter by rebutting the idea that both whales and whalers are foul-smelling. And along the way he takes a swipe at racial prejudice: “The truth is, that living or dead, if but decently treated, whales as a species are by no means creatures of ill odor; nor can whalemen be recognised, as the people of the middle ages affected to detect a Jew in the company, by the nose.”

“Ambergris” is read by the British novelist Michael Bracewell. The illustration, MDOO3 (2012), is by Richard Deacon. Visit the “Big Read” site to see a higher resolution version.