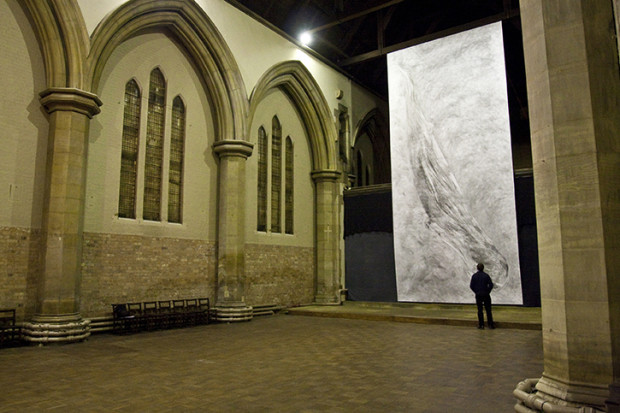 In “Heads or Tails,” Ishmael adds an addendum to his consideration in the previous chapter, “Fast-Fish and Loose-Fish,” of the ways in which human beings dominate one another.

The subtle ways in which legal language can twist the ordinary sense of words can be seen in the idea with which Ishmael begins the chapter: that “of all whales captured by anybody on the coast of that land, the King, as Honorary Grand Harpooneer, must have the head, and the Queen be respectfully presented with the tail.” As Ishmael points out, the whale’s anatomy is such that the head takes up half its body and the tail its other half, so if those two parts of the whale must be tithed away, there’s nothing left for the poor sailors who have done the work of catching it.

That’s what happens to the sailors in the story that Ishmael tells about how the Duke of Wellington comes to wrest possession of a whale from “some honest mariners of Dover, or Sandwich, or some one of the Cinque Ports” seems at first to contradict that the assertion that he makes in the previous chapter that “often possession is the whole of the law.” Didn’t the mariners possess the fish. Ah, but here’s what’s great about the law: it redefines terms, giving them specialized meanings. So possession in this instance doesn’t mean that the sailors have the whale and therefore possess it. Rather it means that “possession” occurs before the whale is even actually caught: the whale was never “theirs” because it was always already “his.” The whale is the Duke’s possession even if he doesn’t actually possess it literary, and no one else can take possession of it, even if they do possess it literally.

By the end of the chapter, Ishmael engages in some sophistry of his own, suggesting that in fact he can think of a case in which “even” the law can seem reasonable: if that other king’s fish, the sturgeon, is divided in the same way, with the king receiving the head, well, Ishmael thinks that’s appropriate because the head of the sturgeon is known to be “highly dense and elastic head,” which Ishmael encourages us to view symbolically.

The chapter’s title suggests that legal outcomes depend more on chance than on reason and justice.

“Heads or Tails” is read by Oliver Colvile, the current Conservative Member of Parliament for Plymouth Sutton & Devonport. The illustration is Leviathan by Paul Evans.