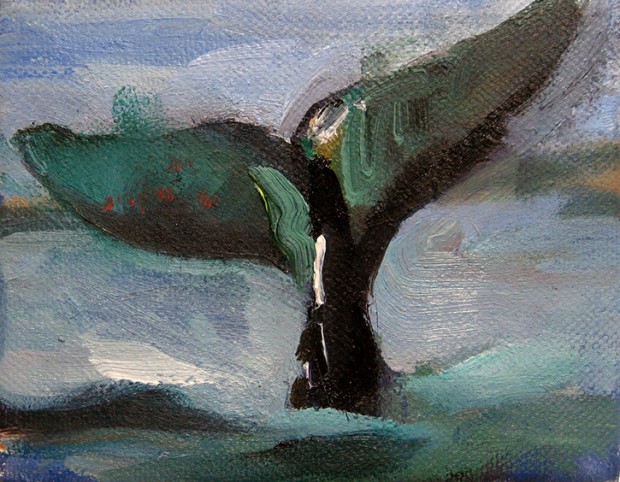 Some years ago — never mind how long precisely — I came across a late-night showing of the 1930 film Moby Dick, starring John Barrymore, on the TNT network. I quickly popped a VHS tape into the VCR (that’ll give you a sense of how long ago it was). I’m glad I did: I’ve never found it on VHS let alone DVD, though a few years ago I did find a copy of the earlier silent adaptation, The Sea Beast (1926), also starring Barrymore, for sale at amazon.ca. The 1930 film is basically a talkie version of the 1926 adaptation, though some central characters were recast for the later version. 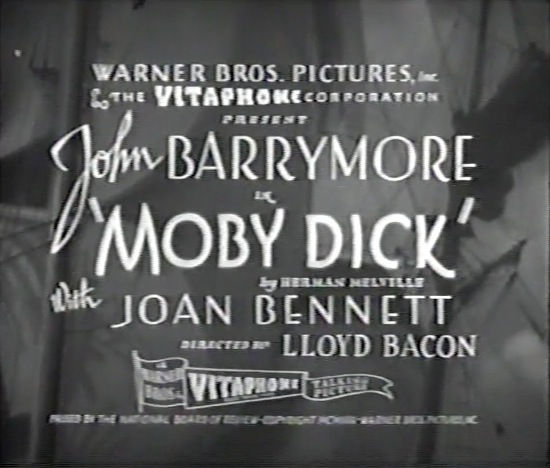 The later film adopts the title of the novel (sans hyphen), but keeps the radically altered plot line of the silent film. Using an opening gesture that would later be made famous by Disney, the 1930 film acknowledges that it comes from a famous book: 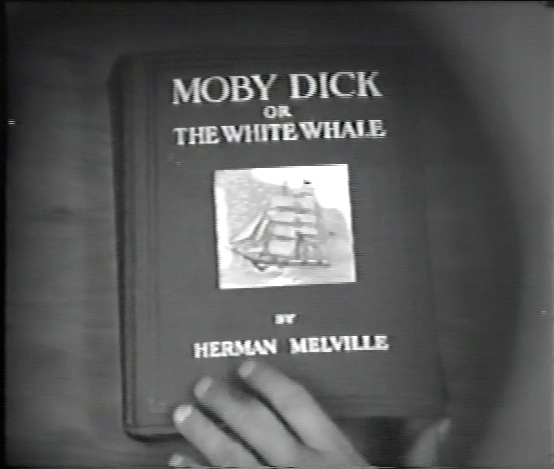 But don’t expect to see the iconic line “Call me Ishamel” once that hand turns to the first page of the book. Not possible … because Ishmael is not a character in the movie! 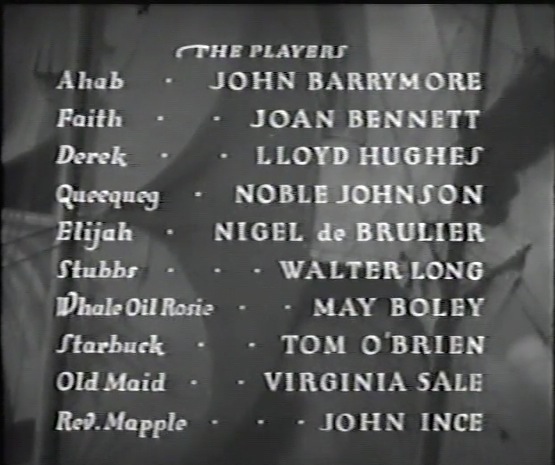 Instead we have a character named “Derek” (Ahab’s villainous brother) and “Faith” (Ahab’s love interest). Yes, you read that right: “love interest” (see earlier note about radically altered plot line). There’s also a dog. Queequeg stays in, but turns out to be Ahab’s friend.

Instead of “Call me Ishmael,” we get this: 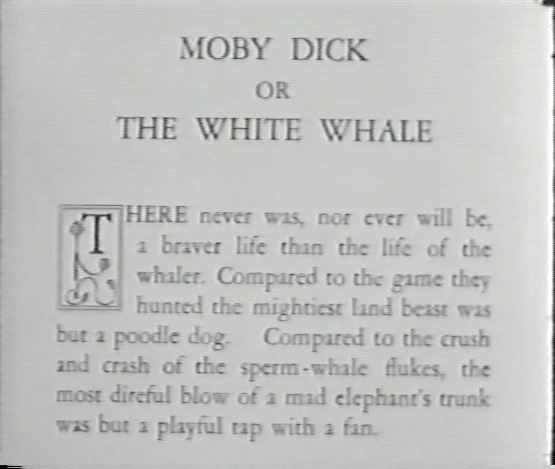 For a long time, I assumed that these lines, which struck me as rather un-Melvillean, were created out of whole cloth by writers Oliver H.P. Garrett (adaptation) and J. Grubb Alexander (screenplay and dialogue). But that’s because I’d forgotten about these lines from today’s chapter, “The Tail”:

The chance comparison in this chapter, between the whale and the elephant, so far as some aspects of the tail of the one and the trunk of the other are concerned, should not tend to place those two opposite organs on an equality, much less the creatures to which they respectively belong. For as the mightiest elephant is but a terrier to Leviathan, so, compared with Leviathan’s tail, his trunk is but the stalk of a lily. The most direful blow from the elephant’s trunk were as the playful tap of a fan, compared with the measureless crush and crash of the Sperm Whale’s ponderous flukes, which in repeated instances have one after the other hurled entire boats with all their oars and crews into the air, very much as an Indian juggler tosses his balls.

The film’s text is still a debased form of Melville’s language — pretty much the difference between a “terrier” and a “poodle dog,” if you ask me.

“The Tail” is read by naturalist Dennis Minsky. The illustration, Fluke (2012), is by Jo Hay.