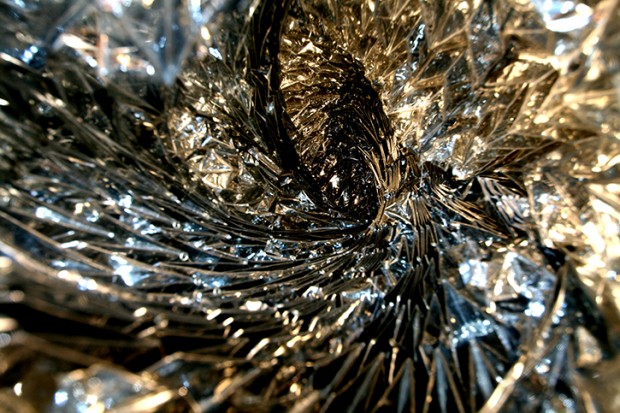 “Cistern and Buckets” starts out as one of those chapters about whaling procedures but ends up being an action-packed chapter with — surprise, surprise — a philosophically minded conclusion.

It’s important to remember something that Ishmael told us in the previous chapter: that the “tun” is turned on its end when the sailors retrieve the spermaceti from it: since “the head embraces one third of the whole length of the creature, then setting that length down at eighty feet for a good sized whale, you have more than twenty-six feet for the depth of the tun, when it is lengthwise hoisted up and down against a ship’s side.”

In this chapter, Tashtego, who is suspended above the tun and is responsible for lowering a bucket into the cistern formed by cavity within the head, manages to fall inside. Then the head itself falls into the sea with Tashtego inside. Then with a flash “a naked figure with a boarding-sword in its hand, was for one swift moment seen hovering over the bulwarks. The next, a loud splash announced that my brave Queequeg had dived to the rescue.” The actual procedure by which Tashtego is rescued turns out to be something like a birth — one that begins breeched — and Ishmael jokingly says, “And thus, through the courage and great skill in obstetrics of Queequeg, the deliverance, or rather, delivery of Tashtego, was successfully accomplished, in the teeth, too, of the most untoward and apparently hopeless impediments; which is a lesson by no means to be forgotten. Midwifery should be taught in the same course with fencing and boxing, riding and rowing.”

Once again, Moby-Dick, a “romance” defined at least in part against the tradition of the “domestic” novel exemplified by Stowe, Warner, and Cummins, proves to incorporate aspects of the domestic novel. First it was marriage (Ishmael and Queequeg); now it’s birth (Queequeg as midwife).

At the end of the chapter, Ishmael makes an analogy between Tashtego’s close call and the “death of an Ohio honey-hunter, who seeking honey in the crotch of a hollow tree, found such exceeding store of it, that leaning too far over, it sucked him in, so that he died embalmed.” Not content, however, with this reference to the material world, Ishmael reminds us that he has likened the head of the whale to a “Platonian” in “The Right Whale’s Head — Contrasted View.” And so he asks, “How many, think ye, have likewise fallen into Plato’s honey head, and sweetly perished there?” It’s yet another warning about not having your head in the clouds — certainly not on a whaleship when you’re high up on the masthead or suspended above the “Great Heidelburgh Tun,” and possibly not ever.

“Cistern and Buckets” is read by David Piper and illustrated with From Mouth to Belly (2012) by Vito Acconci.