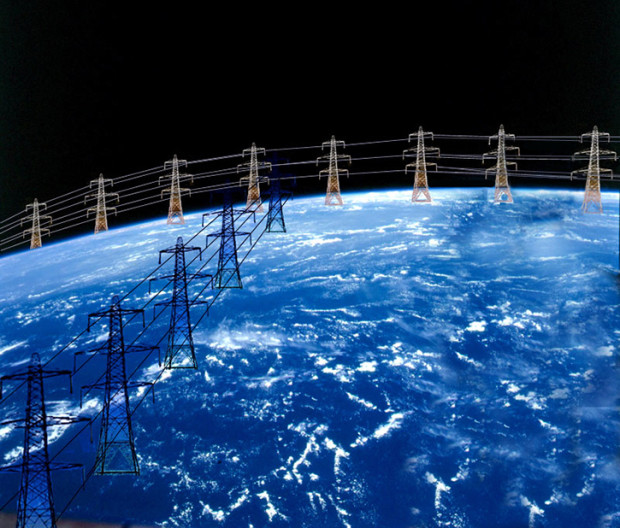 In yet another bit of inspired vocal casting, Sir David Attenborough, perhaps the world’s most renowned maker of films about natural history, reads the chapter in which Ishmael contemplates two questions related to the present condition of whales and their future: “Does The Whale’s Magnitude Diminish? — Will He Perish?”

Dismissing the exaggerated descriptions of whales offered by such writers as Pliny and Lacépède, Ishmael argues that the whale is not exempt from the general trend of enlargement that marks species as different as humankind and cattle:

Because I cannot understand how it is, that while the Egyptian mummies that were buried thousands of years before even Pliny was born, do not measure so much in their coffins as a modern Kentuckian in his socks; and while the cattle and other animals sculptured on the oldest Egyptian and Nineveh tablets, by the relative proportions in which they are drawn, just as plainly prove that the high-bred, stall-fed, prize cattle of Smithfield, not only equal, but far exceed in magnitude the fattest of Pharaoh’s fat kine; in the face of all this, I will not admit that of all animals the whale alone should have degenerated.

Ishmael then turns to the question of whether, “owing to the almost omniscient look-outs at the mast-heads of the whale-ships, now penetrating even through Behring’s straits, and into the remotest secret drawers and lockers of the world,” the whale “must not at last be exterminated from the waters, and the last whale, like the last man, smoke his last pipe, and then himself evaporate in the final puff.” Purporting to consider arguments on both sides of this question, Ishmael finally concludes that the whale is “immortal in his species, however perishable in his individuality.”

In many respects, Moby-Dick is an uncannily prescient book. Imagine, for a moment, reading the following passage from “Loomings” about a decade ago, in the aftermath of Bush v. Gore, 9/11, and the US war in Afghanistan:

And, doubtless, my going on this whaling voyage, formed part of the grand programme of Providence that was drawn up a long time ago. It came in as a sort of brief interlude and solo between more extensive performances. I take it that this part of the bill must have run something like this:

‘Grand Contested Election for the Presidency of the United States

‘Whaling Voyage by one Ishmael

But on the question of the whale’s future, the novel gets it wrong.

What Melville and therefore Ishmael could not know is that the moment in the history of the whaling industry that Moby-Dick documents is the heyday of what some refer to as its “Golden Age.” The heroism that Ishmael is able to find in whaling in the midst of all of its brutality and butchery would soon disappear with the introduction of two technological advances by the Norwegian Svend Foyn: steam-powered whaling ships and explosive, cannon-fired harpoons.

The grenade harpoon that Foyn patented in 1870 was based on designs developed by Erik Eriksen. Ihe harpoon had a barbed, explosive head that first hooked deep into the whale’s flesh and then exploded, delivering a mortal wound. The whale was then hauled in with a winch and often pumped full of air in order to keep it afloat, a necessity when catching  baleen whales known as rorquals, which would sink once killed. The rorquals include such species as the blue, humpback, and fin whales.

In this chapter, Ishmael does some math that comes out in the whale’s favor:

Though so short a period ago — not a good life-time — the census of the buffalo in Illinois exceeded the census of men now in London, and though at the present day not one horn or hoof of them remains in all that region; and though the cause of this wondrous extermination was the spear of man; yet the far different nature of the whale-hunt peremptorily forbids so inglorious an end to the Leviathan. Forty men in one ship hunting the Sperm Whale for forty-eight months think they have done extremely well, and thank God, if at last they carry home the oil of forty fish. Whereas, in the days of the old Canadian and Indian hunters and trappers of the West, when the far west (in whose sunset suns still rise) was a wilderness and a virgin, the same number of moccasined men, for the same number of months, mounted on horse instead of sailing in ships, would have slain not forty, but forty thousand and more buffaloes; a fact that, if need were, could be statistically stated.

The technology that Foyn introduced would change the equation drastically. Although the Americans whaling industry petered out by the end of the nineteenth-century, the new hunting technologies enabled the Norwegians to revive the industry and make it profitable. Today, the Russians and Japanese continue to hunt whales, despite the fact that many species of whales have been driven to the brink of extinction.

So, to help insure what Ishmael calls whale’s immortality, the “Big Read” is asking its listeners to donate to the Whale and Dolphin Conservation Fund. Click here for more information.

Today’s illustration, Gut Grand Unification Theory (2002), is by Agnes Denes. It was included in the exhibition Projects for Public Spaces, which opened at the Samek Art Gallery at Bucknell University in January 2003.