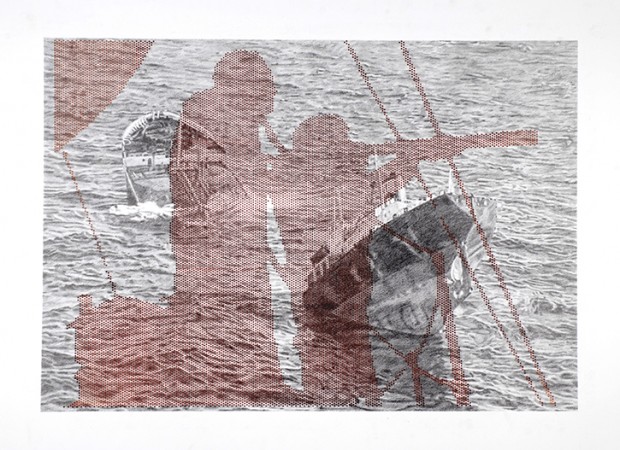 In his analysis of Moby-Dick in the second volume of the Cambridge History of American Literature (ed. Sacvan Bercovitch), Jonathan Arac comments on Melville’s indebtedness to Goethe’s novel Wilhelm Meister’s Apprenticeship, which is sometimes thought to found the genre of the Bildungsroman and which Melville had borrowed while writing Moby-Dick. Part of Goethe’s novel depicts its protagonist’s attempt to stage a German-language version of Shakespeare’s Hamlet. According to Arac:

The action that shapes Wilhelm revolves around his aspiration to bring Hamlet to the German stage. Goethe deepens the way character figures in the novel by drawing on the play of Shakespeare that had most impressed readers with the mysterious depth of its central character. Within Wilhelm Meister, Goethe put forward important speculations about the novel as a genre in contrast to drama. In drama, the emphasis falls on the “deeds” of “characters”; in novels, “it is chiefly sentiments and events that are exhibited.” The hero of drama actively presses forward to hasten the end, but “the novel hero must be suffering,” or at least “retarding”: by whatever means, “the sentiments of the hero . . . must restrain the tendency of the whole to unfold itself and to conclude.” This theory justifies Goethe’s choice of Hamlet, because it makes Hamlet seem a novelistic drama. Moby-Dick, however, is a dramatically inflected novel. While Ahab actively presses forward, Ishmael’s sentiments and reflections keep the book from ending too fast.

“The Mast-Head” is one of those chapters that seem designed to “restrain the tendency of the whole to unfold itself and to conclude.” As I’ve already mentioned, these chapters have the narrative effect of letting the reader experience the kind of lull in the action that was typical of much of a whaling voyage. Ishmael uses the occasion of his first stint atop the mast-head to dilate about the history of such observation posts, first contemplating land-based look-outs, including the kind of observation posts erected on the shores of the Atlantic coast that were used for shore whaling. Ishmael cites the Nantucket historian Obed Macy, who published his History of Nantucket in 1835: “The worthy Obed tells us, that in the early times of the whale fishery, ere ships were regularly launched in pursuit of the game, the people of that island erected lofty spars along the sea-coast, to which the look-outs ascended by means of nailed cleats, something as fowls go upstairs in a hen- house.” Ishmael goes on to lament that the mastheads of southern whaleships like the Pequod lack the sheltering crow’s nests of the Greenland whalers, though he admits that this “disadvantage is greatly counterbalanced by the widely contrasting serenity of those seductive seas in which we Southern fishers mostly float.”

Ishmael paints the picture of the sunken-eyed Platonist (himself, perhaps?) who find the peacefulness of the masthead to be an occasion for philosophizing (perhaps about Pantheism) and losing track of the world:”There is no life in thee, now, except that rocking life imparted by a gently rolling ship; by her, borrowed from the sea; by the sea, from the inscrutable tides of God.” The mast-head on a whaleship is pretty high up, so daydreaming can be a dangerous activity: “while this sleep, this dream is on ye, move your foot or hand an inch; slip your hold at all; and your identity comes back in horror. Over Descartian vortices you hover.”

Ishmael here invokes the “vortex theory of planetary motion,” which Descartes first formulated in The World (1633) and which, according to the Stanford Encyclopedia of Philosophy, “proved initially to be one of the most influential aspects of Cartesian physics.” Ishmael is implicitly punning on the famous Cartesian maxim Cogito ergo sum — “I think therefore I am.” Too much thinking atop a mast-head and you might cease to be: “And perhaps, at mid-day, in the fairest weather, with one half-throttled shriek you drop through that transparent air into the summer sea, no more to rise for ever. Heed it well, ye Pantheists!” Lest you create a vortex in the ocean by plunging into it.

“The Mast-head” is read for us today by John Gullet. The accompanying illustration, Prestige (2010), is by Robert Fearns.