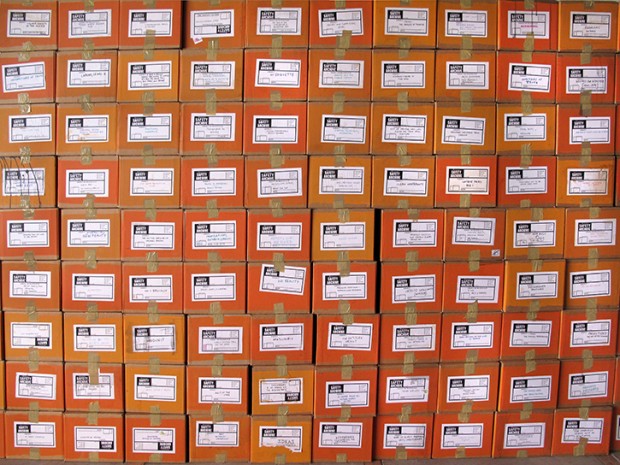 “The Cabin Table” is one of those chapters that lead some readers to suggest that there are actually two narrators in the novel: Ishmael and “Melville.” Some chapters, they suggested, aren’t narrated by Ishmael because they contain things that he couldn’t have seen. Here Ishmael gives us a detailed account of the two dinners that occur each night in the captain’s cabin below decks, the first presided over by Ahab and including the three mates, the second set out for the three harpooneers after the officers have finished. Ishmael does one offer one detail that suggests how he might have seen what’s going on below, when he comments on the discomfort of the third mate, Flask: “if it were so that any mere sailor of the Pequod had a grudge against Flask in Flask’s official capacity, all that sailor had to do, in order to obtain ample vengeance, was to go aft at dinner-tine, and get a peep at Flask through the cabin sky-light, sitting silly and dumfoundered below awful Ahab.”

I think the idea that there are two narrators is too complicated, and I prefer to think of it this way. Herman Melville has written a novel called Moby-Dick that takes the form of a personal narrative written down by one Ishmael, a former schoolteacher who sailed on the Pequod. Ishmael, however, treats his personal narrative as a sea yarn, a tall tale that he feels free to embellish for literary effect. So he makes free use of “fictional devices” and, in chapters like this one, liberally imagines scenes he couldn’t have seen, conversations he couldn’t have heard, and thoughts to which he isn’t privy.

This approach leads me to suggest to students, who are writing about the novel, that when they’re attributing authorship to something in the novel they should either consistently refer to “Melville” or to “Ishmael” or both. I’m not sure I’m entirely consistent myself when it comes to this kind of attribution, but I try, generally, to talk about “Melville” when I’m referring to the novel as an event in the author’s career and “Ishmael” when I’m talking about what’s going on in the novel.

A final note: I think the language of sultans and emirs that Melville — I mean, Ishmael — uses at the beginning of the chapter serves to emphasize something that he says later on — about the merely “nominal” place that Ahab would hold in any “census of Christendom.” More on that as we progress. Only 100 chapters and an epilogue to go!

“The Cabin-Table” is read for us by Charlie Phillips.Today’s illustration, Wall of Boxes, is by Ward Shelley and Douglas Paulson and comes from their joint project entitled Archive (you’ll find a link on Shelley’s homepage).