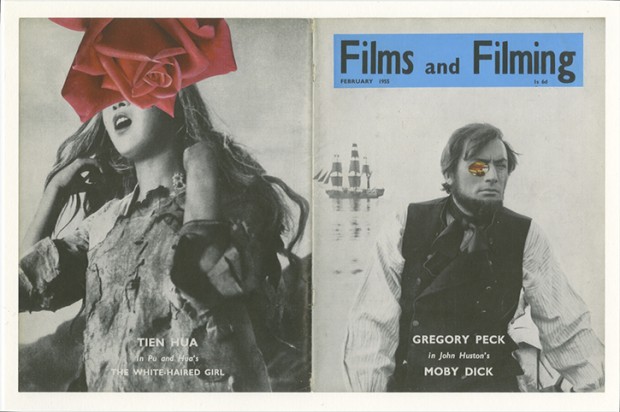 Twenty-eight chapters into the novel, the mysterious Captain Ahab final makes his appearance. Ever since the Pequod sailed from Nantucket on Christmas Day, Ishmael finds himself looking aft — toward the quarter-deck at the stern of the ship, the captain’s domain — to see if Captain Ahab is there. Although as the voyage begins, the mates seem to be the ones running the ship, every now and then they seem to “[issue] from the cabin with orders so sudden and peremptory, that after all it was plain they but cfommanded vicariously.” There is a captain aboard.

And then one day Ishmael looks to the stern and finds the object of his desire: “foreboding shivers ran over me. Reality outran  apprehension; Captain Ahab stood upon his quarter-deck.” Ishmael has heard about Ahab’s “accident” from Captain Peleg in the chapter called “The Ship”:

“Clap eye on Captain Ahab, young man, and thou wilt find that he has only one leg.”

“What do you mean, sir? Was the other one lost by a whale?”

“Lost by a whale! Young man, come nearer to me: it was devoured, chewed up, crunched by the monstrousest parmacetty that ever chipped a boat! — ah, ah!”

But when Ishmael finally sees Ahab, it isn’t the leg — or the lack of it — that he notices first:

Threading its way out from among his grey hairs, and continuing right down one side of his tawny scorched face and neck, till it disappeared in his clothing, you saw a slender rod-like mark, lividly whitish. It resembled that perpendicular seam sometimes made in the straight, lofty trunk of a great tree, when the upper lightning tearingly darts down it, and without wrenching a single twig, peels and grooves out the bark from top to bottom, ere running off into the soil, leaving the tree still greenly alive, but branded. Whether that mark was born with him, or whether it was the scar left by some desperate wound, no one could certainly say. By some tacit consent, throughout the voyage little or no allusion was made to it, especially by the mates. But once Tashtego’s senior, an old Gay-Head Indian among the crew, superstitiously asserted that not till he was full forty years old did Ahab become that way branded, and then it came upon him, not in the fury of any mortal fray, but in an elemental strife at sea. Yet, this wild hint seemed inferentially negatived, by what a grey Manxman insinuated, an old sepulchral man, who, having never before sailed out of Nantucket, had never ere this laid eye upon wild Ahab. Nevertheless, the old sea-traditions, the immemorial credulities, popularly invested this old Manxman with preternatural powers of discernment. So that no white sailor seriously contradicted him when he said that if ever Captain Ahab should be tranquilly laid out — which might hardly come to pass, so he muttered — then, whoever should do that last office for the dead, would find a birth-mark on him from crown to sole.

So powerfully did the whole grim aspect of Ahab affect me, and the livid brand which streaked it, that for the first few moments I hardly noted that not a little of this overbearing grimness was owing to the barbaric white leg upon which he partly stood.

I’ve written about this chapter and about the significance of the “livid brand” in my essay “Cosmopolitanism and Zoroastrianism in Moby-Dick,” which appeared in the collection The Turn Around Religion in America, edited by Nan Goodman and Michael Kramer. I’ll talk later on about the argument I make there: I can’t do it here without revealing things that would amount to spoilers for first-time readers and listeners. For now, let’s simply note that in his descriptions of Captain Ahab in this chapter, Ishmael begins to stitch together interwoven patterns of imagery involving fire, branding, and crucifixion.

For readers steeped in Christian theology and symbolism, crucifixion suggests that Ahab may emerge as a Christ-figure. Fire may reinforce that idea, suggesting that Ahab is a martyr. Of course, heretics were also burned at the stake, and fire is typically associated in the Christian tradition not with what’s above but with what’s below. Contradictory foreshadowing!

“Ahab” is read by Anthony Wall. The accompanying illustration Collage (2008) by Linder juxtaposes images from two films, The White-Haired Girl (China, 1950), based on an opera of the same name, and John Huston’s Moby Dick (1956). Anyone out there care to elucidate the connection?