Some Advice for the Red Sox 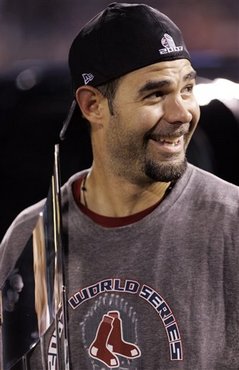 Now here’s a bit of advice for the Sox: forget about A-Rod and re-sign Lowell. Here’s why.

You’ve now won two World Series titles in four years, and commentators are suggesting that you can become a dynasty, particularly now that the Yankees seem to be in disarray. You’ve won eight straight World Series games. Your last Series loss was Game Seven in 1986 to the New York Mets.

Remember who won the Series MVP that day? It was  a veteran third-baseman named Ray Knight. In many ways, he was the embodiment of the championship spirit of the Mets that year. Knight wanted to re-sign with the team, but the Mets had other ideas and let him leave as a free agent. Knight became the first person ever to join a new team the year after winning the World Series MVP award. 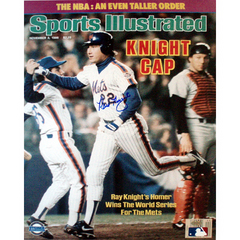 After the 1986 Series, commentators were predicting that the Mets would become a dynasty. It never happened. The Mets have won exactly one World Series game since 1986  (One explanation can be found below, in my post “The Crypto-History of the Historic Collapse of the New York Mets.”)

Nothing against Howard Johnson, Knight’s annointed successor, who was an appealing player, had some great season with the Mets, and is now one of the team’s coaches. But we’re talking about chemistry and karma. Subtracting Knight from the team subtracted something much more than a third-baseman and a bat from the line-up.

So, Red Sox, learn a lesson from the New York Mets: re-sign Mike Lowell and keep chemistry and karma intact!