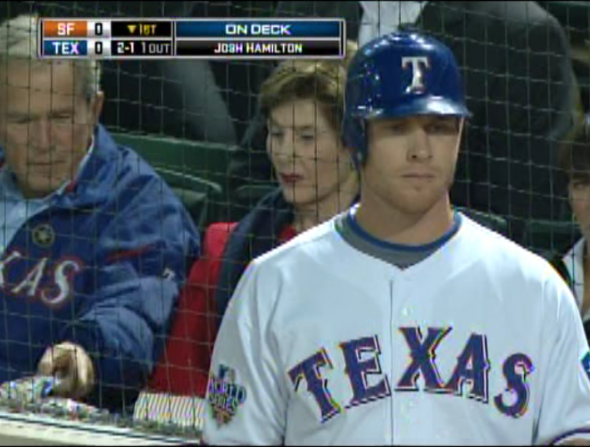 George W. Bush and Laura Bush watching Game 5 of the 2010 World Series,
with Rangers slugger Josh Hamilton in the foreground.

So if I were the Devil and had, by virtue of my position, perfect foresight, I think that last night I would have beamed myself over to the VIP section of Rangers Ballpark in Arlington and offered George W. Bush a deal: Would he have any interest in trading tonight’s Republican takeover of the House of Representative for a World Series victory by the Texas Rangers.

After all, a World Series victory is forever enshrined in the history books and can never be taken away …

I wonder what GWB would have done.

A fellow Mets fan, learning of this thought experiment, says: “The real question is even if we could make that tempting offer to W, would we want to? The Democrats having the house majority hasn’t exactly helped get much done. That being said, it would be an interesting trade, and people have made crazier trades. The Mets did trade Scott Kazmir for Victor Zambrano after all.”

Not to mention Jim Fregosi for Nolan Ryan, whose Hall of Fame plaque shows him wearing a Rangers cap. 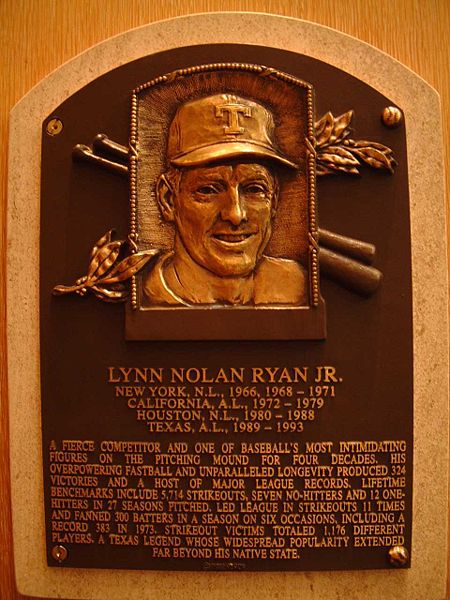