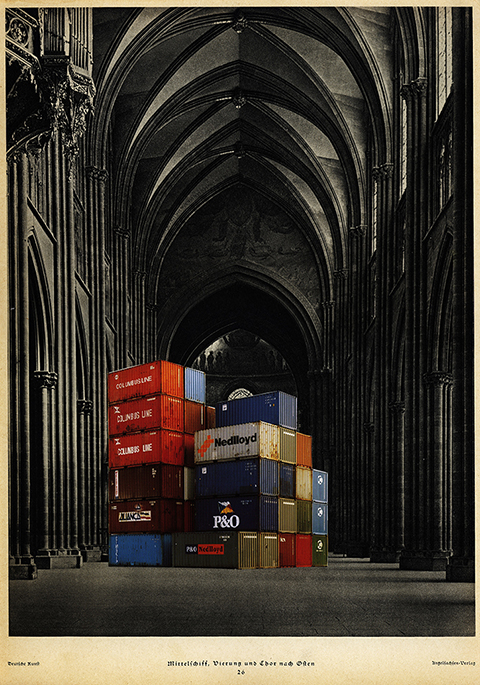 Perhaps with the impending English publication of the novel in mind, Melville has Ishmael devote a chapter to pouring out what seem, at first, to be complimentary thoughts about English whaling. Having ridiculed German (and Dutch) whalers in “The Pequod Meets the Virgin” and French whalers in “The Pequod Meets the Rose-bud,” Ishmael devotes a second chapter to the English whaler, Samuel Enderby. The first chapter is taken up with Ahab’s interrogation of the Enderby‘s captain on the subject of Moby Dick, and Ishmael does not dilute the intensity of the scene by including with historical information about either the Enderby or the history English whaling.

That information is decanted into this chapter, which is complimentary about the English (at least in comparison to their European counterparts), while tacitly asserting the primacy of Nantucketers. The ship is named after the patriarch of a famous English whaling family, credited with opening up the Pacific and Japanese whaling grounds — even if it’s Nantucketers who were the first to hunt sperm whales. Ishmael recounts a subsequent gam with the Enderby off the coast of Patagonia (a tale in which both his ship and the Enderby barely escape misadventure in the stormy seas around Cape Horn). He praises the ship’s food, even if the beef is tough, the dumplings indestructible, and the bread contained “the only fresh fare that they had” — weevils, no doubt. In a passage that parodies one of Melville’s sources, Ishmael lists the ample provisions with which Dutch whalemen were equipped: apparently, the English learned to provision their ships from the Dutch.

Basically, it’s a chapter that’s all about damning with faint praise.

I like to read this chapter in the context of Melville’s original text for “Hawthorne and His Mosses,” in which he predicts that an American writer will one day match Shakespeare’s greatness:

This, too, I mean, that if Shakespeare has not been equalled, he is sure to be surpassed, and surpassed by an American born now or yet to be born. For it will never do for us who in most other things out-do as well as out-brag the world, it will not do for us to fold our hands and say, In the highest department advance there is none. Nor will it at all do to say, that the world is getting grey and grizzled now, and has lost that fresh charm which she wore of old, and by virtue of which the great poets of past times made themselves what we esteem them to be. Not so. The world is as young today, as when it was created; and this Vermont morning dew is as wet to my feet, as Eden’s dew to Adam’s. Nor has Nature been all over ransacked by our progenitors, so that no new charms and mysteries remain for this latter generation to find. Far from it. The trillionth part has not yet been said; and all that has been said, but multiplies the avenues to what remains to be said. It is not so much paucity, as superabundance of material that seems to incapacitate modern authors.

The essay, a review of Hawthorne’s Mosses from an Old Manse, appeared in the New York Literary World magazine in two parts on August 17 and August 24, 1850. The editor, Evert Duyckinck, toned down the passage to read: “This tooo, I mean, that if Shakespeare has not been equalled, give the world time, and he is sure to be surpassed, in one hemisphere or the other.”

Ishmael, suggests that Americans have outstripped the English in whaling; the unedited text of “Hawthorne and His Mosses” suggests that Melville believes that writing is soon to follow. American writing just needs some time to breathe.

It’s a merry chapter at any rate: appropriate for Christmas Day. Happy Holidays to all!

“The Decanter” is read Zeb Soanes, who is a presenter and voice-over announcer for the BBC. Today’s illustration is a collage entitled The Empty Temple (2007) by John Isaacs. [Click here to see the image on his website.]