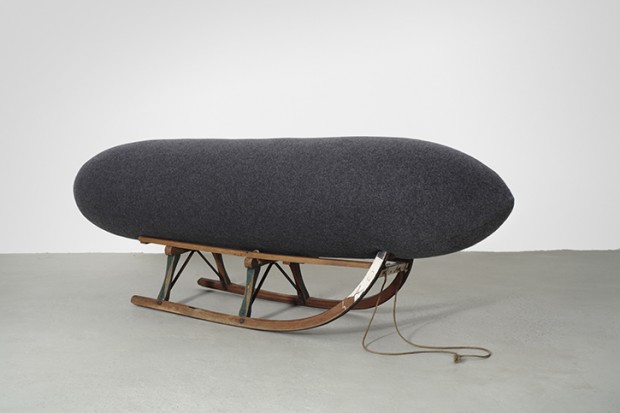 In this brief chapter, Ishmael speculates about Ahab’s decision to let the crew hunt for other whales in addition to Moby Dick. He quickly rules out the possibility that Ahab’s monomania has led him to extend his “vindictiveness towards … all sperm whales” or that by hunting sperm whales generally, he might end up killing Moby Dick along the way. “Surmises” offers a number of alternative possibilities: the need to keep the crew occupied with the work of a whaleship so that they would not be incapacitated by “the full terror of the voyage” or imagine that Ahab has so outstripped the parameters of his command that he should be stripped of that command via mutiny.

In “The Quarter-Deck,” Ahab disparages the logic of the market, telling Starbuck. “If money’s to be the measurer, man, and the accountants have computed their great counting-house the globe, by girdling it with guineas, one to every three parts of an inch; then, let me tell thee, that my vengeance will fetch a great premium here” — in his chest, which as Stubb notes, “he smites” for emphasis. But Ahab is no fool and realizes that the logic of cash is so basic to the sailor that it cannot be wholly displaced even with the most demonic of rituals. Ishmael imagines that Ahab thinks to himself: “They may scorn cash now; but let some months go by, and no perspective promise of it to them, and then this same quiescent cash all at once mutinying in them, this same cash would soon cashier Ahab.”

Mostly what this chapter does is pave the way for the Pequod‘s first encounter with a whale. Ishmael notes parenthetically that “few men’s courage is proof against protracted meditation unrelieved by action.” That strikes me as an insight into Ishmael’s own narrative technique. It’s time to get to some “action,” because too much more meditation and …

A whale will “blow” in the next chapter, but only after one last philosophical meditation.

“Surmises” is read by BBC broadcaster Philip Dodd. The illustration is a photograph by Hans Georg Gaul of a construction entitled The Dream of Flying (29,9 x 90,6 x 20,9 foamed plastic, woollen coat fabric, and sledge) by the Berlin-based artist Wiebke Siem.