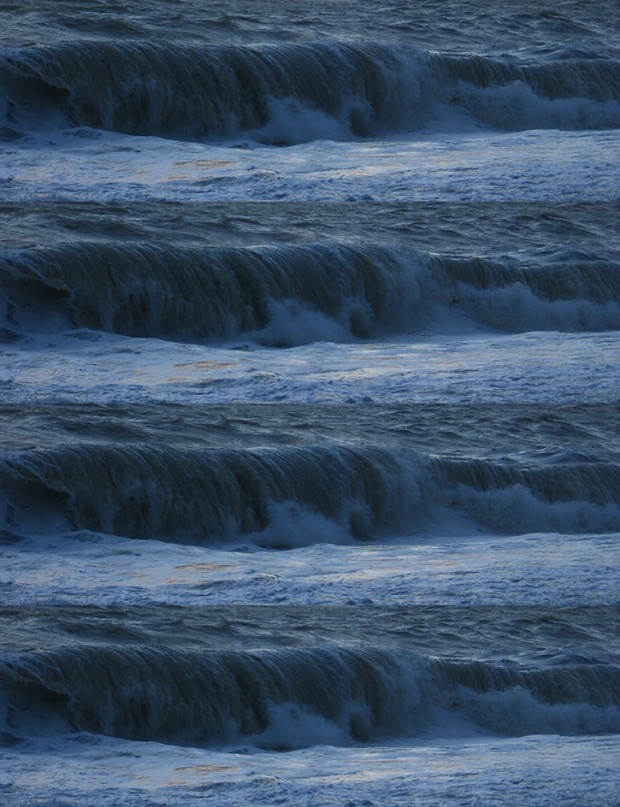 “The Lee Shore” is a favorite chapter among Melvilleans, perhaps because it is one of the novel’s most engimatic. It’s a chapter that, in another kind of novel, would have been edited out of the final version.

The story goes that Melville had originally conceived Moby-Dick as a more-or-less conventional novel, based on personal experience, much like his earlier works Typee or Omoo. Melville clearly had some unorthodox plans for the novel, because in May 1850 he wrote to his fellow sea-novelist Richard Henry Dana:

It will be a strange sort of a book, tho’, I fear; blubber is blubber you know, tho’ you may get oil out of it, the poetry runs as hard as sap from a frozen maple tree,—& to cook the thing up, one must needs throw in a little fancy, which from the nature of the thing, must be ungainly as the gambols of the whales themselves. Yet I mean to give the truth of the thing, spite of this.

In early August, however, Melville had a life-changing experience: he met Nathaniel Hawthorne at a picnic near Pittsfield, Massachusetts. Twelve days later, Melville published the first part of “Hawthorne and His Mosses,” a review of Hawthorne’s Mosses from an Old Manse (1846) that serves as an occasion for Melville to articulate his own hopes for American literature. From the meeting with Hawthorne, Melville seems to have developed Shakespearean ambitions for his novel. In the review, Melville compares Hawthorne’s work to Shakespeare’s and denies that Shakespeare is so great as to be “unapproachable.” In the original version of the essay, Melville wrote, “if Shakesepeare has not been equalled, he is sure to be surpassed and surpassed by an American born now or yet to be born.” In the published version, Melville’s editor Evert Duyckinck toned down the passage to read”if Shakespeare has not been equalled, give the world time, and he is sure to be surpassed, in one hemisphere or another.”

The meeting  with Hawthorne seems to have sent Melville back to the manuscript of Moby-Dick with heightened ambition, and it may be that one casualty of the process of revision that Melville undertook was the character Bulkington. You may remember that Bulkington was  introduced in “The Spouter-Inn” in a way that would lead a reader to suspect that the sailor would loom large in the narrative to come:

I observed, however, that one of them held somewhat aloof, and though he seemed desirous not to spoil the hilarity of his shipmates by his own sober face, yet upon the whole he refrained from making as much noise as the rest. This man interested me at once; and since the sea-gods had ordained that he should soon become my shipmate (though but a sleeping-partner one, so far as this narrative is concerned), I will here venture upon a little description of him. He stood full six feet in height, with noble shoulders, and a chest like a coffer-dam. I have seldom seen such brawn in a man. His face was deeply brown and burnt, making his white teeth dazzling by the contrast; while in the deep shadows of his eyes floated some reminiscences that did not seem to give him much joy. His voice at once announced that he was a Southerner, and from his fine stature, I thought he must be one of those tall mountaineers from the Alleganian Ridge in Virginia. When the revelry of his companions had mounted to its height, this man slipped away unobserved, and I saw no more of him till he became my comrade on the sea. In a few minutes, however, he was missed by his shipmates, and being, it seems, for some reason a huge favorite with them, they raised a cry of “Bulkington! Bulkington! where’s Bulkington”‘ and darted out of the house in pursuit of him.

The Bulkington described here is a type, “the handsome sailor,” whom Melville would later dramatize hauntingly in the person of Billy Budd. In Moby-Dick, however, the place for which Bulkington here seems destined is ultimately filled, I think, by Queequeg. “The Lee Shore” provides us with our final glimpse of Bulkington, who seems to have shipped aboard the Pequod but whose career will not, after all, be traced in the novel. Indeed, perhaps recalling the cenotaphs in “The Chapel,” Ishmael writes “that this six-inch chapter is the stoneless grave of Bulkington.”

The title of the chapter is a nautical term for a shore onto which the wind is blowing. A lee shore is a great danger to a ship in a storm, because it is a shore onto which a ship can be blown and run aground. Ishmael compares Bulkington to such a ship, for whom the land now represents not safety but danger. Ishmael suggests that for a man of the sea like Bulkington, being dashed to pieces on a lee shore represents the worst of all possible endings. Better, instead, “to perish in that howling infinite, than be ingloriously dashed upon the lee, even if that were safety!”

Why include this strange little chapter? Why not simply revise Bulkington out of the manuscript? I like to think that by keeping it in, Melville pays homage to his earlier conception of Moby-Dick. I think it’s a moment that’s almost metaifictional because it allows the seams in the novel’s conception to show. The chapter is indeed a cenotaph, not only for Bulkington, but also for the Moby-Dick that had to perish in order for the novel that we have to be born.

The chapter, but by the way, spans 364 words, making it roughly a third of the length of what you’ve just read here.

“The Lee Shore” is read by Paul Bonaventura, Senior Lecturer in Fine Art at Magdalen College, Oxford. The illustration, Fall Out Fall In, is by Alistair Mackie. Visit the site to see a high resolution version.