Moby-Dick: A Note on Hyphenation

You may have noticed that the previous post makes frequent reference to “Moby Dick” — with no hyphen. That’s because the references are to the character Moby Dick rather than to the novel Moby-Dick.

The general consensus among Melville scholars is that the title of the novel should always be hyphenated, because it was printed that way on the title page of the first American edition, published on November 14, 1851. 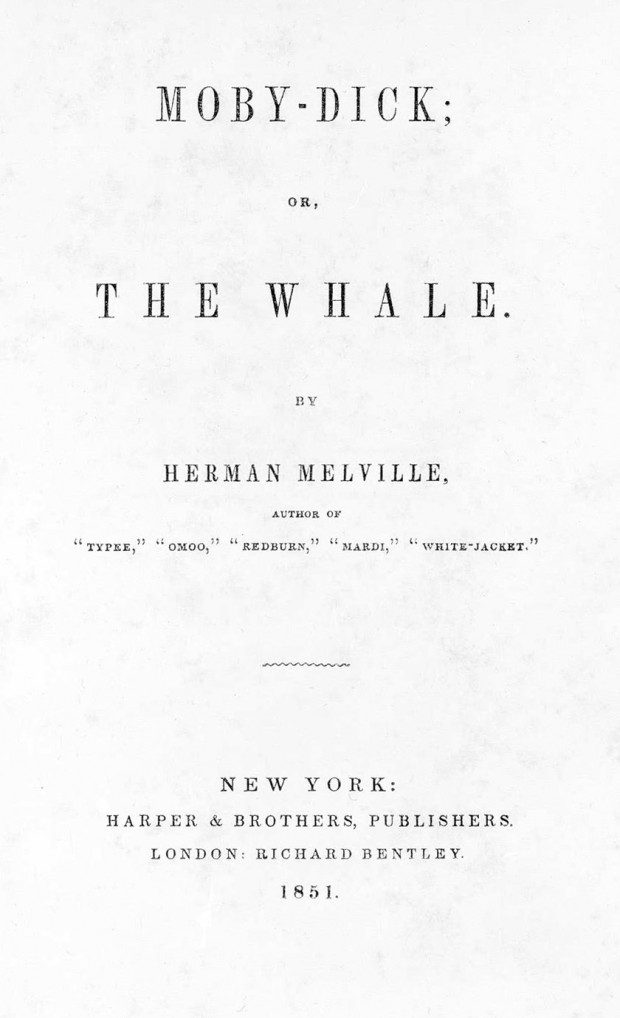 But when you’re referring to the whale inside the novel, you don’t use the hyphen.

G. Thomas Tanselle, who edited the Library of America volume that includes the novel, included this note about the title:

The title of the English edition, The Whale, was Mel­ville’s earlier title for the book. In an undated letter to Bentley, Allan Melville wrote, “Since sending proofs of my brothers new work . . . he has deter­ mined upon a new title & dedication — Enclosed you have proof of both­ — It is thought here that the new title will be a better selling title –“. Allan’s letter arrived in time for Bentley to include the dedication to Hawthorne; but  presumably it was already too late to change the tide, which appears twice in each of the three volumes and had been used in advertising. In his letter Allan spells “Moby-Dick” with the hyphen, as it also appears on the title page and divisional title page of the American edition; but only one of the many occurrences of the name in the text includes the hyphen. The Northwestern-Newberry editors retain the hyphen in the tide, arguing that hyphenated titles were conventional in mid-nineteenth-century America. As a result, the hyphenated form refers to the book, the unhyphenated to the whale.

I believe the one occurrence that uses the hyphen when referring to the whale in the text is in Chapter 133, “The Chase — First Day,” page 609 in the first edition: