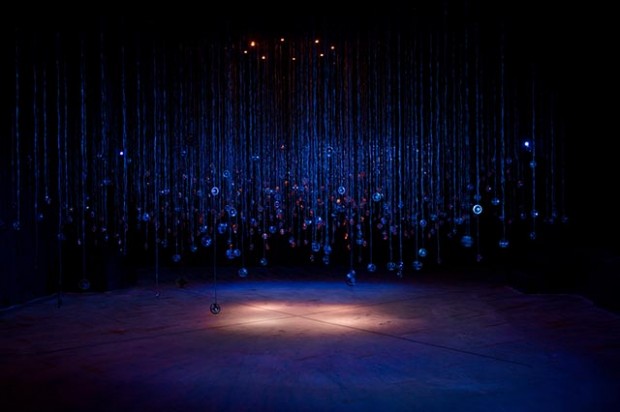 What a treat today! Veteran British stage actor Simon Callow reading “The Sermon,” in which Ishmael listens to Father Mapple’s retelling of the story of Jonah. Mapple reminds the congregation that the Book of Jonah is brief, “containing only four chapters — four yarns,” making it “one of the smallest strands in the mighty cable of the Scriptures.” Mapple’s version is a long elaboration of these three verses:

Mapple’s retelloing of the yarn of Jonah and the whale is full of contemporary details intended to make the story more vivid to a mid-nineteenth-century audience. The Biblical verses span eighty-three words; Mapple’s is longer than 2,200 words. But his account of the book is curiously incomplete. Mapple continues the story through Jonah’s deliverance from the whale and then cuts it off, telling us that Jonah’s is story about sin and repentance:

For sinful as he is, Jonah does not weep and wail for direct deliverance. He feels that his dreadful punishment is just. He leaves all his deliverance to God, contenting himself with this, that spite of all his pains and pangs, he will still look towards His holy temple. And here, shipmates, is true and faithful repentance; not clamorous for pardon, but grateful for punishment. And how pleasing to God was this conduct in Jonah, is shown in the eventual deliverance of him from the sea and the whale. Shipmates, I do not place Jonah before you to be copied for his sin but I do place him before you as a model for repentance. Sin not; but if you do, take heed to repent of it like Jonah.

Actually, that’s not quite what we find in the King James version of the story, which Melville knew. Jonah is actually a big complainer, and there’s a second half of the story after he’s delivered from the whale’s belly. In chapter 3, Jonah does indeed go to preach doom and destruction to Nineveh, and then complains bitterly in the fourth and final chapter because God decides to spare city. Jonah seems to feel that he’s been made to look ridiculous, but the lesson that God wants him to learn is less about repentance than forgiveness.

Mapple leaves out that part of the story and instead enacts Jonah’s narcissism himself. He claims that the story of Jonah teaches one thing to “all sinners” but another to him, Mapple, who seems himself as an “anointed pilot-prophet” like Jonah. The end of the chapter always reminds me of the anguished minister Dimmesdale in Hawthorne’s great novel The Scarlet Letter, who preaches a sermon that arises from his sense of his own literal sinfulness rather than the metaphorical or rhetorical sinfulness that his parishoners believe him to be evoking. Mapple’s sermon turns out to be about his own personal struggles, much as the voyage of Ahab’s ship will turn out to be about his own personal anguish. I love Mapple’s final words, though I’m still not sure I fully understand them:

“And eternal delight and deliciousness will be his, who coming to lay him down, can say with his final breath — O Father! — chiefly known to me by Thy rod — mortal or immortal, here I die. I have striven to be Thine, more than to be this world’s, or mine own. Yet this is nothing; I leave eternity to Thee; for what is man that he should live out the lifetime of his God?”

The illustration for today’s reading  (shown above) is an engimatic, perhaps ironic commentary on the text. It’s by Susan Hiller and called Witness 2000: International testimonies or experiences of transmissions from other worlds. Visit the site to see a high-resolution version.