“Now that my focus has been enlarged, I sure as heck better be more astute on these current events, national issues.”

Who made this statement in an interview on national television yesterday?

Click on the continuation link to find out the answer. 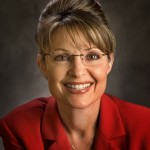 Okay, that was obvious. What gave it away? I bet it was the word “heck”?

In an interview recorded before she was due to give the keynote address at the National Tea Party Convention in Nashville, Palin told Chris Wallace on Fox News Sunday,  “It would be absurd to not consider what it is that I can potentially do to help our country.” She was talking about the idea of running for President in 2012.

She and Brown will have to figure out a way to decide who gets the top spot on their ticket. Biathlon competition, maybe? Or maybe it should be Palin on the basis of seniority. She actually might have a thing or two to teach Brown, judging from his first press conference after being sworn in last week.

Here’s what the New York Times had to say about it:

“I want to get work,” Mr. Brown said after the oath of office was administered by Vice President Joseph R. Biden Jr. “I am glad to be able to finally fully participate in the affairs that effect of our nation.”

Mr. Brown also said he would probably make mistakes and he made what is probably going to be considered one during his first press conference by declaring that the economic stimulus legislation has not created a single new job.

Estimates differ on how many jobs the measure has spawned or protected, but very few are asserting that the $787 billion has not led to the creation of a solitary job though it did not stop the unemployment rate from going up. Not to mention the fact that some would say that political backlash to the economic proposal created the environment for his success.