I’ve been using Windows 7 on several machines since the beta first came out, and now I’ve upgraded those installations to the Release Candidate, which is still available for a preview that will expire next spring. (The official expiration date is June 7, but the operating system will start shutting itself down every two hours starting on March 1.)  I used the beta-to-RC upgrade trick that Microsoft has made available to enterprise customers and haven’t had any problems. 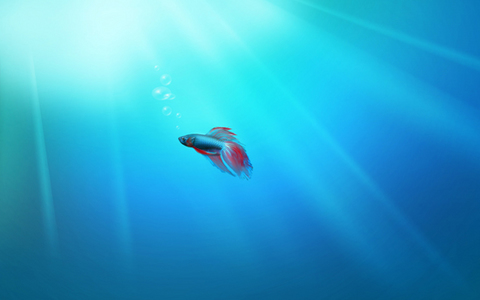 I’ve taken advantage of the pre-order special on upgrades available until July 11: you can get the Home Premium upgrade for $49 and the Professional upgrade for $99. It’s available, among other places, at amazon.com and newegg.com (generally my preferred site for computer gear, but they’ve imposed a limit on the pre-orders). I’ve ordered three Home Premiums and two Professionals. I know, I know …

I’ve tried Windows 7 on a number of different machines. It didn’t work very well on my old Inspiron 3500 because of an inadequate graphics processor, but it works like a charm on my Dell Inspiron Mini 9s — yes, I have two, because after I installed OSX on my original white mini in place of the Windows 7 beta, I picked up a refurbished black one and loaded up the Windows 7 RC in place of the Ubuntu it came with. (In case you’re interested, Windows 7 has a much smaller foot print than OS X and fits on a 16GB SSD; OS X gets the 64GB Runcore.) Tomshardware.com (one of my favorite tech sites) has a good article on using Windows 7 on netbooks.

Windows 7 has also been working smoothly on my HP tablet. But I haven’t installed Windows 7 on my Vista desktop, primarily for one reason: the HP software for my Officejet 7590 refused to install on Windows 7, claiming it was an incompatible operating system. Windows 7 would recognize the machine as a printer, but not as a scanner.

And then I discovered a tip while browsing around on the net: run the setup program in Vista compatibilty mode. Specifically, once the installer file is on the Windows 7 system, right-click, choose “Properties,” then “Compatibility,” and select Vista (probably SP2).

The HP software installed without a problem on both the netbook and the tablet, and Adobe Acrobat Professional sees the 7590 scanner just fine. So I think I’m going to take the plunge on the desktop.

And why, having professed that I’m the process of switching to Macs — in fact, I’m writing this on the MacBook — do I need all that Windows 7? Well, in addition to not yet knowing how to manipulate video sufficiently on a Mac, I also have a Windows Home Server with about 4 terabytes of storage. And you need a Windows machine connected to it to make it work well. And my wife has not intention of switching to Mac.

So I won’t be abandoning Windows. Far from it, if my upgrade pre-orders are any indication.