If you have a taste for gruesome pictures, click the continuation of this entry. You’ll get two pictures: one of my right knee, unveiled for the first time after surgery, with the osteotomy incision prominently shown and staples still in place. The other picture is a close-up of the staples. The pictures are somewhat gruesome: there’s no blood or other oozing. But still probably not for the squeamish. Okay, you’re warned.

The knee, with dressings removed for the first time after surgery, about to be x-rayed: 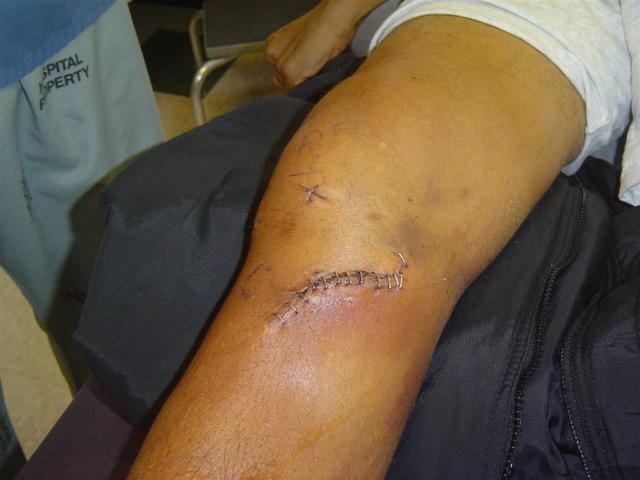 And a close-up of the incision, before the staples were removed. 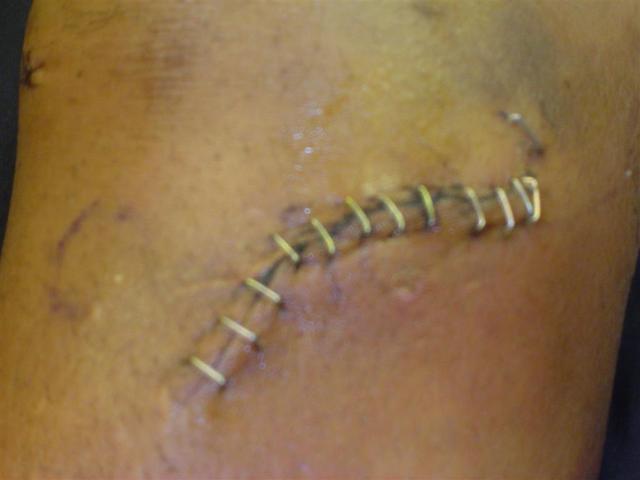 Appearances to the contrary, the wound hasn’t been that painful. And even the removal of the staples was only “uncomfortable.” And according to both Dr. Feldman and his physician’s aide, Benny, the knee looks very good, all things considered!