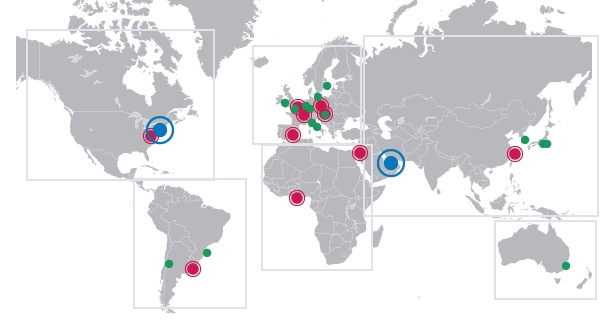 IN DEFENSE OF JOHN SEXTON, PART 2

Meanwhile, the Times Higher Education website has issued its annual rankings of global universities. Although NYU isn’t yet among the six superpowers in global reputation — ­Harvard University, the Massachusetts Institute of Technology, the universities of Cambridge and Oxford, the University of California, Berkeley, and Stanford University — it seems to be making significant progress:

One of the big US stars in this year’s reputation rankings is New York Univer­sity. NYU sat in the 51-60 band in 2011, rose to 34th position in 2012 and now occupies 29th place in a ­generally stable league table.

NYU’s rise from what its president John Sexton calls “a good regional school” to a “top-tier research university” is down to two key factors.

First and foremost, says Sexton, is a renewed focus on academic staff.

“The quality of a university’s faculty is the single most important determinant of the quality of the research and education it provides,” he argues. “Across its schools, NYU focused on attracting and retaining the very best faculty – scholars who, in addition to being at the forefront of their disciplines, are entrepreneurial and ambitious; who want their work to have broad impact; and who are committed to sharing the excitement of discovery with their students.”

The strategy seems to have worked: among NYU’s faculty are three Nobel laureates and three winners of the Abel Prize for mathematics recognised since 2001.

The second factor is the establishment of NYU as a “global network university” from its base in perhaps the world’s most international city.

Sexton is at pains to point out that NYU – which now has 13 “global academic centers” across six continents – is not a traditional branch campus system or a “hub-and-spoke” set-up: “It is, rather, a circulatory system wherein faculty and students can move among university sites easily and with confidence that academic and research quality is maintained throughout the system.”

This global network of sites is key to attracting and retaining talent from all over the world, says Sexton, “and our more prominent global presence also enables NYU to build new scholarly relationships that have the effect of enabling the university to be better recognised and appreciated”.

You can read the entire article here.

I agree with Sexton’s reasoning here, though the picture I’d paint of the “global network university” is not quite as rosy as his. The GNU is an amazing educational initiative, but it’s a work-in-progress, and we’re going to need all NYU-hands on deck to realize its promise. I’d attribute the rise in the rankings to a sentiment akin to the way in which we regard tenure at NYU: not a reward for achievement to date, but rather a reward for the potential trajectory suggested by achievement to date.