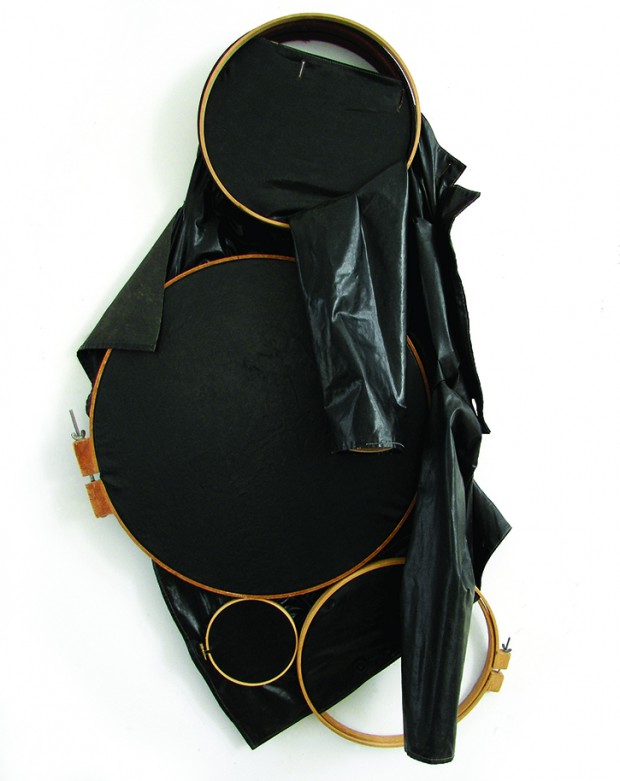 In this chapter, Ishmael describes the measures taken by the Pequod to make sure its hard-won whale isn’t completely devoured by the sharks before the crew has had a chance to remove its blubber. Queequeg and another sailor stand on “cutting stages” hung over the side of the ship and, “darting their long whaling-spades, kept up an incessant murdering of the sharks, by striking the keen steel deep into their skulls, seemingly their only vital part.” 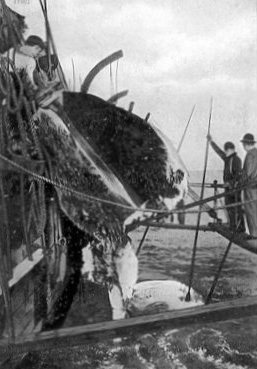 Ishmael tells us in a footnote that

The whaling-spade used for cutting-in is made of the very best steel; is about the bigness of a man’s spread hand; and in general shape, corresponds to the garden implement after which it is named; only its sides are perfectly flat, and its upper end considerably narrower than the lower. This weapon is always kept as sharp as possible; and when being used is occasionally honed, just like a razor. In its socket, a stiff pole, from twenty to thirty feet long, is inserted for a handle.

You can read more about whaling spades at  whalecraft.net, which is the source of the image above.

The chapter gives us further details about the savagery of sharks, which eat not only each other’s entrails in the course of the “shark massacre” but even their own: “They viciously snapped, not only at each other’s disembowelments, but like flexible bows, bent round, and bit their own; till those entrails seemed swallowed over and over again by the same mouth, to be oppositely voided by the gaping wound.”

The chapter ends with a comic remark by Queequeg about God, which nevertheless picks up on some of the novel’s serious themes: the weighing of Christian belief against other forms of religious belief, and the idea that God himself may be the source of what Ahab refers to as the “inscrutable malice” embodied by Moby Dick. After having his hand almost bitten off by the reflexive movement of a dead shark’s jaw, Queequeg exclaims:

‘Queequeg no care what god made him shark,’ said the savage, agonizingly lifting his hand up and down; ‘wedder Fejee god or Nantucket god; but de god wat made shark must be one dam Ingin.’

“The Shark Massacre” is read by Chris Cook. The accompanying illustration is Angler (2012; oilskin, drum frame and embroidery hoops, 50 in x 33 in x 9 in) by Paul Bowen.