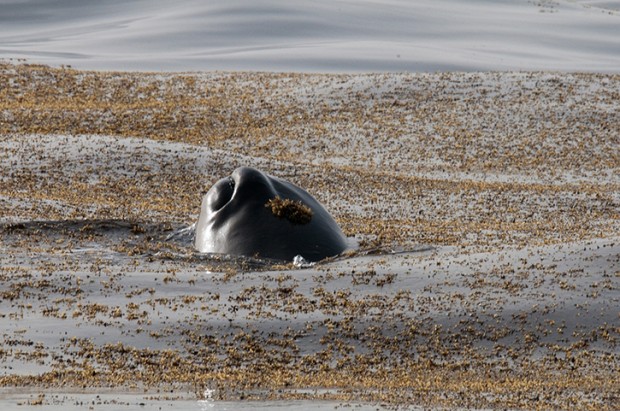 In “Of the Less Erroneous Pictures of Whales, and the True Pictures of Whaling Scenes,” Ishmael speaks approvingly of “two large French engravings … by one Garnery.” The painter he has in mind is actually Ambroise Louis Garneray (1783–1857), who had a career as a corsair before becoming a painter and writer.

Ishmael likes this engraving, which shows “a noble Sperm Whale is depicted in full majesty of might, just risen beneath the boat from the profundities of the ocean, and bearing high in the air upon his back the terrific wreck of the stoven planks”: 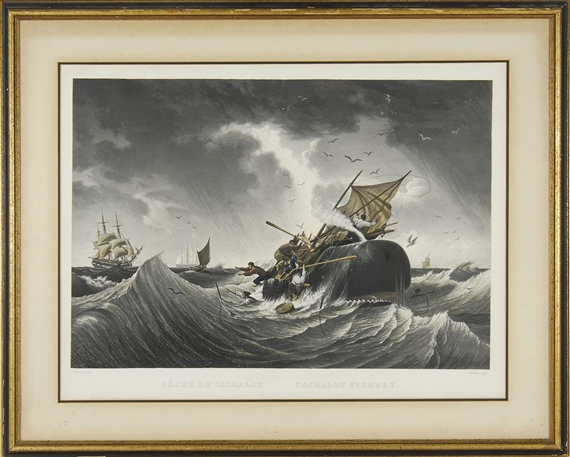 He also likes this engraving, which shows a boat that “is in the act of drawing alongside the barnacled flank of a large running Right Whale, that rolls his black weedy bulk in the sea like some mossy rock-slide from the Patagonian cliffs”: 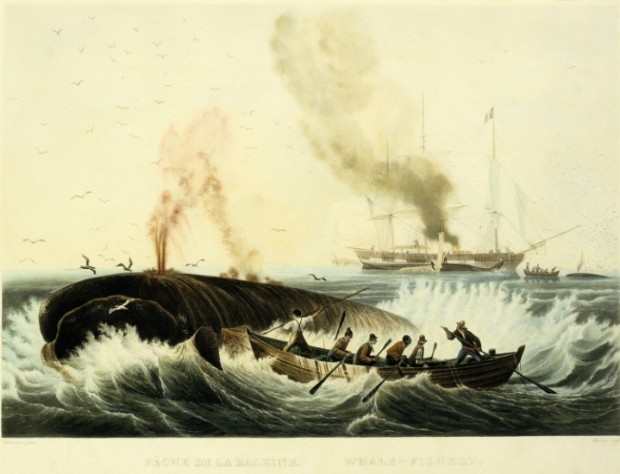 Although when the Pequod meets a French whaling ship a little later in the novel, the ensuing gam will be an occasion for comedy (at the expense of the French), here Ishmael compliments the French on their mimetic abilities:

The natural aptitude of the French for seizing the picturesqueness of things seems to be peculiarly evinced in what paintings and engravings they have of their whaling scenes. With not one tenth of England’s experience in the fishery, and not the thousandth part of that of the Americans, they have nevertheless furnished both nations with the only finished sketches at all capable of conveying the real spirit of the whale hunt.

The chapter is read by Sir Christopher Frayling. The accompanying illustration is a photograph by Jennifer Modigliani entitled Sperm whale sleeping in Sargasso weed (2012).