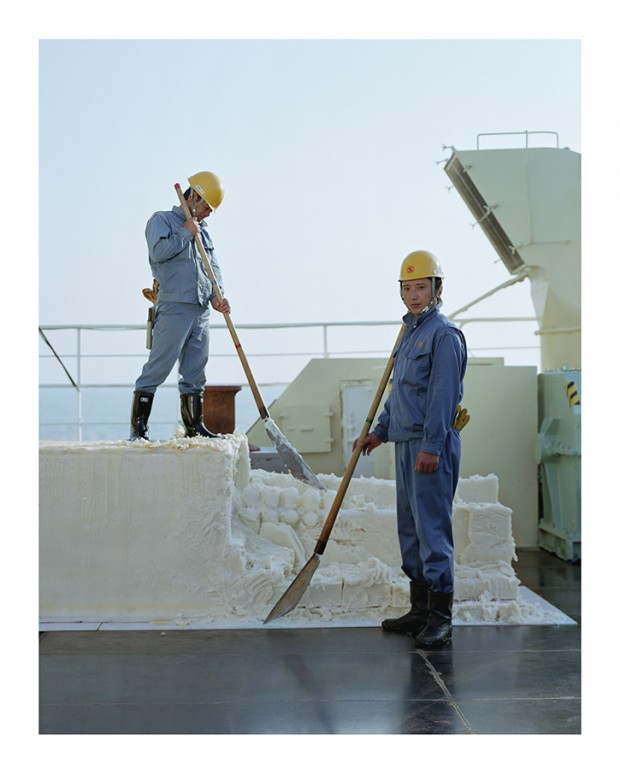 One of Melville’s sources for the “Cetology” chapter was William Scoresby‘s two-volume Account of the Arctic Regions (1820) and Journal of a Voyage to the Northern Whale-Fishery (1923). He makes liberal use of Scoresby’s 1820 volumes again in this chapter, reproducing Scoresby’s incorrect Anglicization of the Dutch word speksnijder. The term originally meant “Fat-Cutter,” but came to mean, according Ishmael and Scoresby, something like “Chief Harpooneer.” Ishmael discusses the “little domestic peculiarity” on board whale-ships of having a “harpooneer class of officers” who rank somewhere in between the mates and the ordinary sailors. But he quickly dilates, and the chapter ends with a consideration of the nature of “Emperors and Kings” — and the disparity between a the captain of a whale-ship and the ruler of a nation.

There’s no doubt a touch of irony, however, in Ishmael’s apology that his subject is “only  … a poor old whale-hunter” and that “what shall be grand in thee … must needs be plucked at from the skies, and dived for in the deep, and featured in the unbodied air” — an allusion no doubt to Hotspur’s famous lines in Shakespeare’s 1 Henry IV, Act I, Scene iii:

By heaven, methinks it were an easy leap,
To pluck bright honor from the pale-fac’d moon,
Or dive into the bottom of the deep,
Where fathom-line could never touch the ground,
And pluck up drowned honor by the locks,
So he that doth redeem her thence might wear
Without corrival all her dignities;
But out upon this half-fac’d fellowship!

In other words, depicting Ahab truly will require “the tragic dramatist” whom Ishmael evokes in the previous paragraph — namely, himself.

Today’s accompanying illustration is a production still from the film Drawing Restraint 9 (2005) by the conceptual artist Matthew Barney. (The photo is by Chris Winget and is courtesy of the Gladstone Gallery, New York and Brussels.) The film is set aboard a Japanese factory whaling vessel, the Nisshin Maru, as it crosses the Sea of Japan on its way to Antarctica. The still is taken from one of a pair of storylines that merge by the film’s end: the story that takes place above decks involves the casting of a piece of art from petroleum jelly, which at 25 tons, will rival the size of a whale. SFMoma, which hosted the exhibition Drawing Restraint in 2006, has a page of videos devoted to the film and its related materials, which are part of Barney’s larger Drawing Restraint series. Here is one of the videos:

“The Specksynder” is read for us by Cheryl Hurrell.