Abu Dhabi is a dusty city, not surprising given its location on the Arabian Peninsula. It’s also a city with a penchant for building glass towers. Winter sandstorms, summer humidity, and year-round construction mean that the glass on the towers gets mighty dirty mighty quickly. 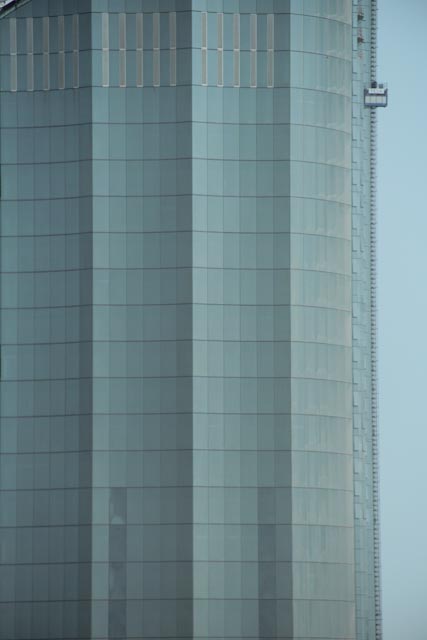 Sama Tower, where we live, isn’t all-glass, but it does have a lot of windows, and it’s 46 stories tall. So keeping the windows clean poses a significant problem. For a while, early this spring, our windows could only be described as en croute.

Over the past few days, however, window-washing has begun in earnest. 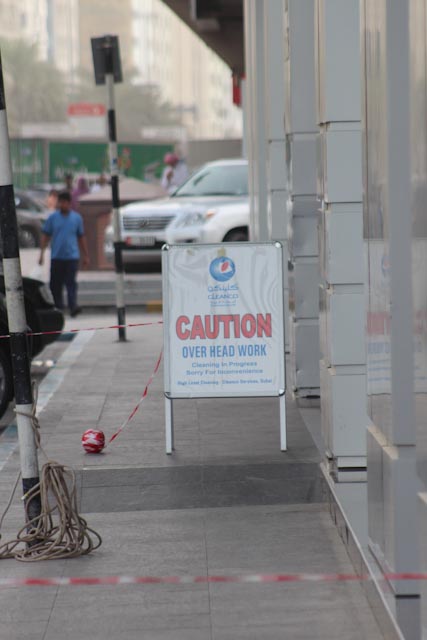 Here was the scene outside my window this morning. 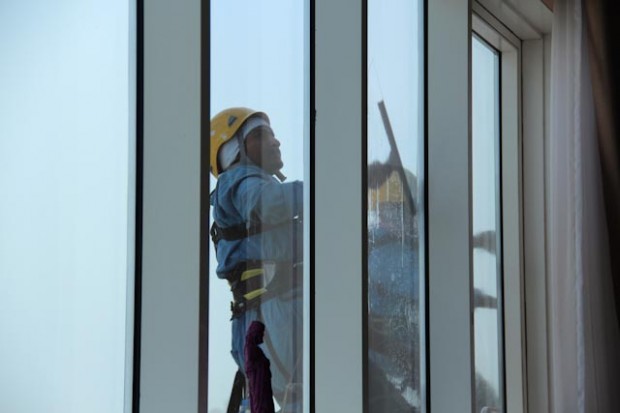 These men are, essentially, rappelling down the side of the building. In the past, the men were lowered on a platform. 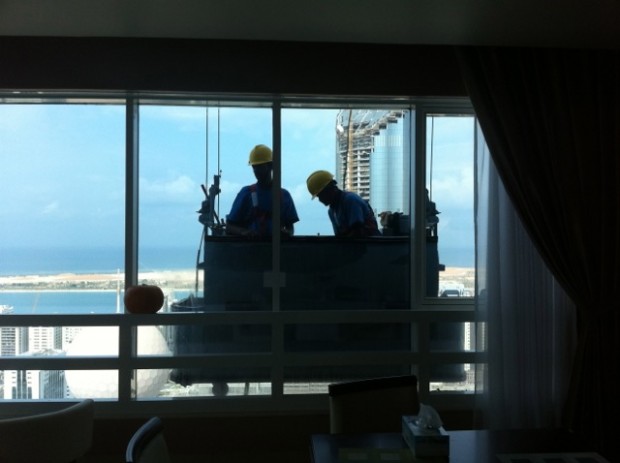 But there have been problems with the platforms, particularly on windy days. Last year, one crew had to be rescued when their platform malfunctioned after getting blown around in a gust; a pane of glass was removed from one the apartment of one of our colleagues so that the men could be brought in to safety.

In other words, it’s appartently safer to do this: 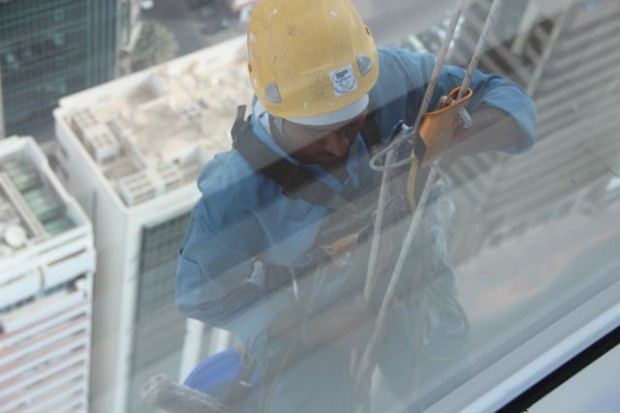 Did I mention that we’re on the 37th Floor? Would you do this? 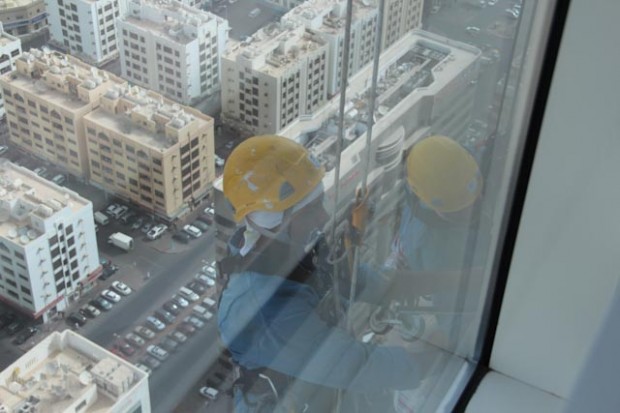 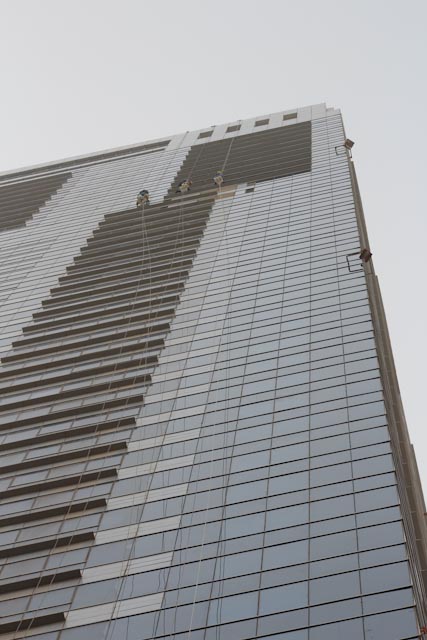 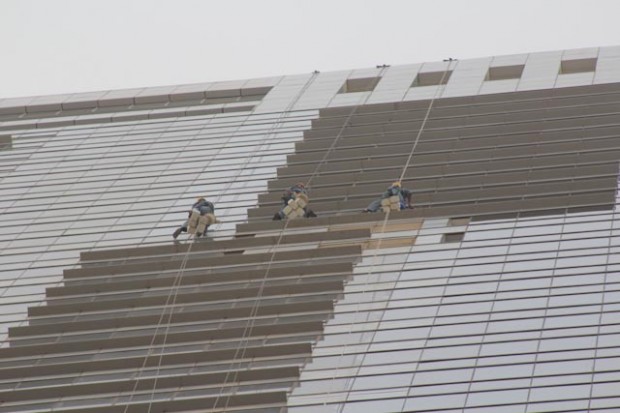 And just to put things in perspective: 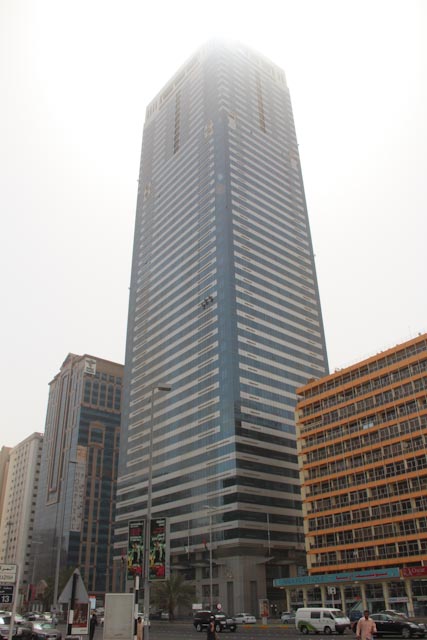 To these men I say, “Thank you! You have my deepest gratitude. And my deepest respect.”