Star Wars and the Technophobic Imagination 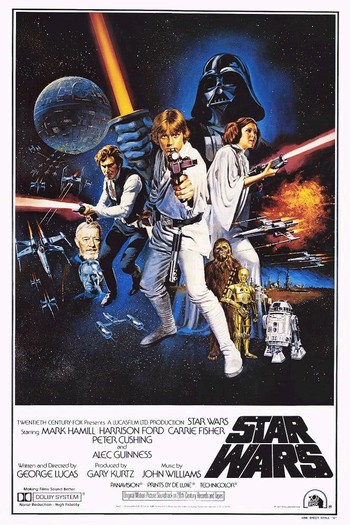 Some years ago — never mind how long precisely — having little or no money in my purse, but an invitation and funding from the American Studies Association of Korea (ASAK), I traveled to Seoul to give a paper called “Technophobia: Star Wars, Star Trek, and Other Sites of Technocultural Anxiety.” The talk was subsequently published in the Association’s journal. (You can read it here.)

Some years later, a professor at Syracuse University named Douglas Brode asked if he could include the essay in a reader that he was putting together for a course on Star Wars. Naturally, I agreed.

Some time after that, the course having been a big success, he asked whether the essay might be included, in revised form, in an anthology based on the course reader that would be published by Scarecrow Press. Once again, I agreed.

Cut to the chase: “Star Wars and the Technophobic Imagination” will be appearing this June in the first of what has turned out to be two volumes about Star Wars. Both are edited by Brode and Leah Dyneka.

Here are the tables of contents for each volume.

Volume 1: Myth, Media, and Culture in Star Wars: An Anthology

Volume 2: Sex, Politics, and Religion in Star Wars: An Anthology

Meanwhile, the Star Wars universe is very much a destination in my household. My two sons are addicted to the new MMO game Star Wars: The Old Republic and continue to watch new episodes of Star Wars: The Clone Wars. Their dad might be doing a little playing and watching too (though not nearly as much as he’d like to).