This morning’s New York Times noted the oddness of conducting a political vote in a casino, which occurred during yesterday’s Nevada caucuses. A lawsuit filed by the state’s teachers union had challenged the legality of holding caucuses in casinos.

One caucus participant told the Times: “I don’t want to say it’s embarrassing, because I’m here, but I do see why people would think it’s strange that we are voting in a casino. It’s not normal from what our country is doing, but this is Las Vegas.” 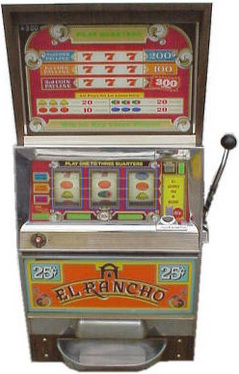 But, I ask, how much worse could it be to hold an election in a casino than in, say, a 2004 polling site in Ohio, Florida, or Pennsylvania that used an electronic voting machine? The Time itself editorialized in 2004 about the relative security of electronic voting machines and electronic slot machines: “Election officials say their electronic voting systems are the very best. But the truth is, gamblers are getting the best technology, and voters are being given systems that are cheap and untrustworthy by comparison. There are many questions yet to be resolved about electronic voting, but one thing is clear: a vote for president should be at least as secure as a 25-cent bet in Las Vegas.”

Steven F. Freeman, visting professor at the University of Pennsylvania’s Center for Organizational Dynamics, presented a paper to the American Statistical Association in 2005 in which he argued that it is “easier to rig an electronic voting machine than a Las Vegas slot machine.” (The Washington Post offers a quick comparison of the respectivd machines here. Freeman was a crucial source for Robert F. Kennedy Jr.’s famous Rolling Stone piece about the stealing of the 2004 election and the co-author with Joel Bleifuss of Was the 2004 Pressidential Election Stolen? Exit Polls, Election Fraud, and the Official Count.)

But location turned out to be the least of the problems during the Nevada caucuses, which produced a split that should remind us of recent national elections. One candidate (Hilllary Clinton) won the popular vote, but due to quirks in the way that delegates are allocated, with more weight given to certain areas of the state than others, another candidate received more delegates (Obama, 13-12). Nevada turns out to be “normal” after all.

What a long and interesting election year this is going to be!