This e-mail, from NYUAD provost Fabio Piano, arrived in our inboxes this morning. The title was “NYUAD’s First Month.” 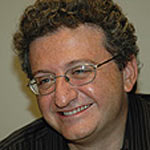 Dear Members of the NYU Community,

New York University Abu Dhabi has now opened its doors to our first class of students and is in full swing. As so many of you played an essential role in our launch — from student and faculty recruitment, to innovative curriculum development, to serving as NYU Abu Dhabi Affiliated Faculty, to your guidance as members of the University Leadership Team — I wanted to provide you with a brief update.

With great anticipation, our faculty — both standing and the first group of Affiliated Faculty — arrived in the second half of August. In a synchronized wave, the faculty population expanded from fewer than five to more than 60 in little more than a week. Families relocated and final preparation for the arrival of the students ensued. Offices began to overflow with books and the corridors were filled with a new energy to prepare for the start of classes.

We began with a two-day faculty orientation, which was met with such enthusiasm we quickly expanded it and organized follow-up workshops on topics from Teaching in a Global Classroom to Student Support and Mentoring. As I write this, the faculty are already not only delighting students with their first weeks of classes, but are also connecting with community organizations in Abu Dhabi, organizing field trips, and commencing their research.

The NYUAD Institute, which has been one of the most visible presences of NYU in Abu Dhabi, kicked off its third year of life to a packed Al Mamoura Auditorium with an exhilarating lecture by Ingo Walter, vice dean of Stern School of Business and Finance at NYU. This was especially momentous as, for the first time, we had our NYUAD students in the audience. As soon as it was over, several students came to me to make sure Professor Walter was coming to teach — which I assured them he was. This was followed a few days later by an Inaugural address by David Levering Lewis, Julius Silver University professor, Professor of History at NYU, and Affiliated Faculty at NYUAD. Professor Lewis placed NYUAD in the context of over 2,000 years of intellectual activities. His keen insights are generously available on Salaam, the NYU Abu Dhabi blog.

Our students, the extraordinary Class of 2014, began to arrive in full force on September 6, coming from some 39 countries around the world. While many knew one another from their Candidate Weekends — and of course, they all knew one another virtually thanks to Facebook — it was truly a sight to behold to watch as they came together in their new home, Sama Tower. After students checked in, they migrated to the student lounge, where hours of conversation, ping pong, billiards, and even some video games (Rock Band was a favorite) ensued. The following morning they were fully immersed in Marhaba (Welcome) Week activities, with sessions on academics, meeting with their mentors, introductions to the rich campus life offerings, getting to know about local customs, and of course, getting to know Abu Dhabi itself.

Because Marhaba Week coincided with the final days of Ramadan, highlights of the week included two Iftar dinners held under an enormous tent in the NYUAD parking lot. The dinners featured a lecture by Cyrus Patell on cosmopolitanism, a talk by Philip Kennedy on Arabian poetry, a group Arabic lesson, and a welcome address from Al Bloom, who told the students:

“We will demonstrate, here, together, how a truly global institution of higher learning can lift consciousness beyond parochial, national, and ideological concerns to leverage the enormous, positive potential of a global world.”

As a long-time member of the NYU community, it has been wonderful to witness so many from around the world so quickly embrace their place in this ever-growing NYU family. We are extraordinarily grateful that many of you have helped and continue to help this historic project with your wisdom and open spirit of collaboration.

The future will continue to demand the same level of connection and collaboration for NYUAD to propel itself to the heights it can and will reach.