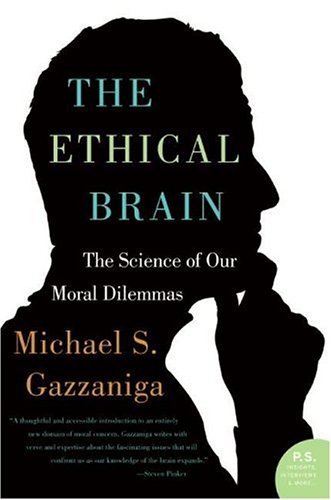 The fifth week of classes at NYUAD has begun, and the “Student Weekly Update” that has just arrived in my inbox conveys a sense of the richness of the school’s emerging academic culture.

There’s a reminder about the upcoming deadline for applications for the January Term courses that students are required to take, with courses offered in Abu Dhabi, London, New York, and Shanghai. There are volunteering opportunities on campus (helping out with the upcoming Candidate Weekends) and off (the Pinkathon Breast Cancer Awareness Walk, which needs 100 volunteers on Friday, October 15, at Yas Island; the Swimming Festival on the Corniche on Saturday, October 16; “Strays of Abu Dhabi [SAD] Dog Day” on Saturday, October 30; and the Future Centre for Special Needs Children). The “academic coaches” (recent college graduates, most from  NYU but one from Zayed University, who are assisting in courses and at the ARC) are leading discussions of Michael Gazzaniga’s The Ethical Brain: The Science of Our Moral Dilemmas in preparation for Prof. Gazzaniga’s visit next week as part of the Campus Forum series. There’s the first meeting of the Arabic Literature Society, and showings of the films Gaav/The Cow (Iran 1969; 100 minutes; dir. Dariush Mehju’i), Everything is Fine (Egypt 1958; dir. Niazi Mustafa), and District 9 (USA-New Zealand-Canada-South Africa 2009; 112 minutes; dir. Neill Blomkamp). The last is being presented by “Reel Deal Productions,” NYUAD’s first official student organization — the first of what look to be many.

I spent the first half of last week at NYUAD. Here are a few observations about what things are like after the first third of the first semester.

I like eating breakfast in the dining room of the Sama Tower. There are two distinct shifts. If you get there at 7:00, you can talk to the students who head off to “Foundations of Science” every day at 8:00 a.m. Last week, week many of them were bleary-eyed from the previous night’s studying and were apprehensive about the course’s first exam on Tuesday. After they leave, there’s the second shift, many of whom seemed to be bleary-eyed from studying for Arabic. News flash: studying Arabic turns out to be hard. Really hard. Some of them were grumbling that they’d finished a textbook in three weeks that is used for an entire term in colleges back in the States. (I’m not sure that last assertion is true, though.) My favorite comment about learning Arabic came from a Spanish students who described the moment a few days earlier when she’d walked into the street and realized, suddenly, that she could read all of the signs. There was still a sense of wonder in her eyes.

Many of the faculty are a little bleary-eyed too. In fact, I detected a lot of yawning going on around the community. Everyone seems to be working really hard preparing for classes — students and faculty alike. I hope everyone remembers to schedule in a little R and R. In fact, I think I should probably heed that advice myself when I return next week. A morning at the beach, perhaps. Or, at the very least, some curricular development meetings at the beach instead of at the Downtown Campus?

On Sunday night, the students were treated to a dinner hosted by NYU president John Sexton, who was in town to teach his class on “The Relationship of Government and Religion.” After dinner, he spoke offered advice to the inaugural class by way of an anecdote that centered around his experience at a high school prom. John was in fine fettle, and the students seemed enthralled. Many of them were happy to have another fancy dinner (probably the last for a while) but quite a number seemed to be suffering from fancy-dinner-exhaustion (and were glad that it was probably the last for a while). Afterward, there was a presentation of NYU Abu Dhabi: The Musical by some graduates of the Tisch School. The show was an adaptation of The Reality Show, which is presented annually on the Square by Office of Residential Life and Housing Services during orientation week as a way of introducing students to some of the challenges that they will face as they begin college. Here’s an excerpt from the New York version:

The NYUAD version had special advice about acculturation in a global setting, traffic patterns in Abu Dhabi, and hydration. There were also, I’m told, a lot fewer uses of the F-word than in the New York version (i.e. none). Afterwards, students had meetings in Sama with their RAs (and with members of ORLHS who were visiting from New York) to talk about the show and some of the challenges they felt they were facing in these opening weeks. And after that, a bunch of them were planning a study group for a class on cosmopolitanism and pop culture.

Cosmopolitanism was the subject of much of my breakfast conversation. I think I amazed the students. Not because of any deep insights or intellectual brilliance, but because of how awake I was. (I was pretty amazed myself.) On one occasion, breakfast had been preceded by a video call with a student back in New York who’s doing a directed study on — guess — cosmopolitanism. (I’m not a one-trick pony — really. I just think it’s an important idea, now more than ever.)

I was sorry to have to leave on Wednesday last week, not only because I missed a session on “Education as a Building Block for Innovation” at the Emirates-Aspen Forum on Innovation to which I was invited, but because I missed the Brasil-Iran football match at Zayed Stadium. NYUAD was well-represented at the event. Here’s an account from my colleague Paulo Horta, who teaches literature at AD:

The atmosphere was electric, with a large Iranian contingent enthusiastically backing their team, which to their credit took the game to Brazil and didn’t do better only because of a lack of touch around the goal. I think we lucked out, as only 200 turned out for the last UAE national team game, and there were 20,000 on hand for this match, and given the local population and sports culture, probably no more keen fan base than the Iranian. I took my wife and two boys and we had a blast.

The NYUAD students (about 90 of the 148 here) decked themselves out in facepaint and assorted national team shirts bought at the shop next to Sama. This made for good tv, and such scenes as a blond American student interviewed by an Emirati camera crew, his face painted over with the Iranian flag, lamenting the scoreline. (I don’t know if it aired). Many students went for the crowd, and the Iranians and pockets of Brazilian fans didn’t disappoint. If the FIFA Club World Cup [this December] elicits a sliver of this atmosphere, it will be worthwhile.

For next week, I am looking foward to a showing of Fritz Lang’s Metropolis, in a newly restored version of an almost-complete print discovered recently in Buenos Aires. It’ll be shown at the Abu Dhabi Theatre as part of the Abu Dhabi Film Festival and will feature a live orchestra. Our students will be present at the Film Festival as more than just attendees, by the way: one of our film classes, taught by Dale Hudson, will be partnering with students from Zayed University to cover the festival and maybe even make some short films about it.

I don’t have an office at the Downtown Campus at the moment, so I’m itinerant, working in the library and occasionally in empty classrooms. I like wandering around the building now that students are there. It feels like like a real school.

That’s because it now is a real school.