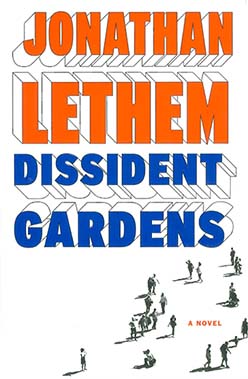 Today’s “Review” section in The National, Abu Dhabi’s English-language newspaper, includes my review of Jonathan Lethem’s latest novel, Dissident Gardens, which dramatizes the lives of three generations in a family of American Communists and post-Communists. (Click here to go to the review.) The novel is a Rabelaisian feast, which jumps forwards and backwards in time, includes lots of sexual activity, and paints a vigorous portrait of New York — particularly Queens and Greenwich Village — from the 1940s to the present.

What struck me most as I read it was how canny an account it was of the workings of ideology — not just ideology in the classical Marxist sense of “false consciousness,” but also ideology in the neo-Marxist sense of systems of representation. In an essay that has always been a touchstone for me, “Ideology and Ideological State Apparatuses (Notes Toward an Investigation),” the French neo-Marxist theorist Louis Althusser famously wrote that “ideology represents the imaginary relationship of individuals to their real conditions of existence.” The essay appeared in English in the volume Lenin and Philosophy and Other Essays, which also included Althusser’s elliptical but provocative “Letter on Art”: “What art makes us see, and therefore gives to us in the form of ‘seeing‘, ‘perceiving‘ and ‘feeling‘ (which is not the form of knowing), is the ideology from which it is born, in which it bathes, from which it detaches itself as art, and to which it alludes.” In Althusser’s view, great writers — for example, the novels of Tolstoy, Balzac or Solzhenitsyn — “give us a ‘view’ of the ideology to which their work alludes and with which it is constantly fed, a view which presupposes a retreat, an internal distantiation from the very ideology from which their novels emerged. They make us ‘perceive’ (but not know) in some sense from the inside, by an internal distance, the very ideology in which they are held.”

It was Althusser’s work, together with the work of Raymond Williams, that opened up ways of thinking about the relationship between text and context while I was in graduate school. Althusser’s formulation paved the way for a kind of committed cultural studies, that included but was not limited to late twentieth-century Marxist criticism, by pointing out what ideology and literature shared in common: both were forms of representation. Ideology thus became a kind of neutral term: it was an extended language of words, ideas, symbols, and stories that enabled groups to cohere, a shared vocabulary that enabled members of a cultural group to communicate with one another. Ideology was the representational glue that first held groups together and then transformed groups into cultures. 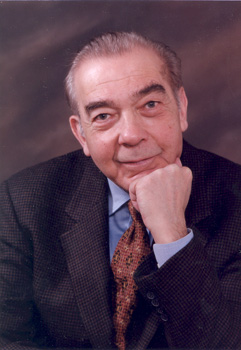 The cultural historian Sacvan Bercovitch has devoted his career to the study of American rhetoric and ideology: in such books as The Puritan Origins of the American Self (1975), The American Jeremiad (1978), The Office of the Scarlet Letter, and The Rites of Assent (1992), Bercovitch continued down conceptual the roads opened up by Althusser and Williams and deepened our understanding of how American ideology works by incorporating dissent into its very fabric. (Yes, Virginia, there is an American ideology.) Emigrating to America from his native Canada, Bercovitch writes that he discovered a “capitalist culture, based on enterprise, risk, and the veneration of the new, [that] had found [through its] ideological tenets the means of eliciting protest in such a way as to absorb the new, and to direct enterprise and risk into channels of acculturation.”

Lethem’s novel is animated by a similar conception of ideology, and it occured to me that Bercovitch’s biography is, in some respects, a heightened version of Lethem’s. As I mention in the review, Bercovitch’s parents were anarchist painters in Montreal in the late 1920s, and Sacvan was named after Sacco and Vanzetti, who were executed for their anarchist politics. Bercovitch’s given name was a concocted tribute to the executed anarchists Sacco and Vanzetti. Lethem also had an interesting leftist upbringing: his mother was a Jewish political activist and a hippie who was once arrested protesting on the steps of the US Capitol; his father was an avant-garde painter and Lethem and his two siblings grew up in a commune in Brooklyn that was full of artistic types.

In Dissident Gardens, one of the central characters is named “Lenny” — short for “Lenin.” According to an online biography of Bercovitch’s father, Alexandre, Bercovitch’s sister was named “Ninel” — yes, “Lenin” backwards.

Lethem’s novel opens with a scene in which Rose Angrush, the character inspired in part by his grandmother, is about to be drummed out of the American Communist Party for committing the sin of sleeping with a married African American police officer who is a fervent anti-Communist. What Rose confronts that night is ideology in its restricted meaning: as a form of dogmatic thinking and ritualistic behavior. Rose describes the men who appear in her living room as nothing but “drones, men costumed in independent thought who’d become slaves of party groupspeak.” Yet even, after she has been eschewed, Rose remains a true believer, unable to see that she too is wrapped up in a veil of ideology. Rose’s daughter Miriam, who has fled from Sunnyside to pursue her own form of Bohemian resistance in Greenwich Village, thinks to herself that “in Rose’s lava of disappointment the ideals of American Communism had gone to die their slow death eternally; Rose would never die precisely because she needed to live forever.” What we discover, however, as the novel progreses is that Rose’s view of ideology is limited. Unlike Rose, Dissident Gardens adopts what we might call a post-Marxist perspective.

In the course of the novel, Lethem pays homage to a number of the literary and intellectual sources that probably contributed to the development of this perspective. For example, during a sequence in which Lenny is fleeing from a group of IRA hitmen who are pissed off about a business deal involving gold coins, Lethem’s prose seems to pay homage to the tough-guy style of early Norman Mailer, and Lethem acknowledges the date by having a party supposedly being thrown by Mailer play a role in Miriam’s scheme to lose her virginity. Stylistically, however, most of the novel adopts a realist style that recalls both Philip Roth and Ralph Ellison. Roth’s The Great American Novel (1973)and I Married a Communist (1998) immediately come to mind as significant precursors, while Lethem’s naming his African American character Cicero strikes me as an nod to the protagonist of Ellison’s Invisible Man (1952), whose career in the “Brotherhood” (the Communist Party) is launched by his skill as an orator. Cicero, however, is resolutely post-Marxist, and he notes with scorn that “Roses’s Marxism quit with Marx.” Through Cicero, Lethem pays homage to the intellectual influence of Gilles Deleuze and Félix Guattari, whose study Anti-Oedipus: Capitalism and Schizophrenia (1972) faulted classical Marxism for underestimating the role that desire – both materialistic and sexual– plays in capitalist society. From its first line to its final scene, Dissident Gardens is full of sex, which is frequently contrasted with the coldness of abstract dogma.

Given its post-Marxist orientation, the novel knows that ideology isn’t only abstract dogma or the “false consciousness” that Rose, the classical Marxist, thinks it is. In terms that echo the work of Bercovitch and other recent theorists of ideology, Dissident Gardens describes ideology as “the veil of sustaining fiction that drove the world, what people needed to believe.” The disaffected professor Cicero sets as his life’s work the attempt “to unmask and unmake, to decry and destroy” ideology, but the novel suggests that such a project is not only futile but also undesirable. Ideology is a necessary aspect of social life because it creates consensus and belief. But, the novel suggests, we must constantly subject our beliefs to scrutiny and let them adapt to meet changing conditions and new ideas. Great fiction, Althusser suggests, offers us resources that help us to scrutinize our ideological assumptions, perhaps because ideology and fiction have parallel projects: the making of representations that help us to make sense of the world. I suspect that Jonathan Lethem would agree.