Disappointed in The Atlantic 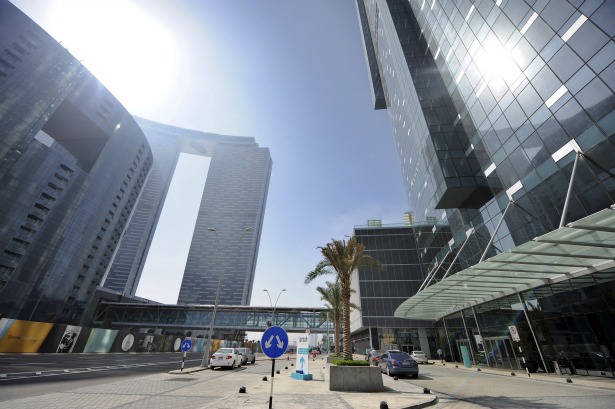 I find it sadly ironic that with all the talk back in the US about the infringement of free speech that’s ostensibly going on in Abu Dhabi, the institution that is supposed to protect free speech in the United States — the media — has been abusing that right in its coverage of the vote of no confidence this week at NYU.

Sloppy, error-filled, non-fact-checked journalism has seemingly become the rule — at least in the coverage of this story. The Chronicle of Higher Education ran a reasonably balanced piece called “Behind No-Confidence Vote at New York U., a Torn Faculty,” but, for every piece like that one, there seem to be three or four that show clear bias.

Among the most disappointing is this brief column from The Atlantic, a publication I have admired over the years. It’s called “The Emir of NYU: John Sexton’s Abu Dhabi Debacle,” and it’s by Zvika Krieger, “a contributing editor at The Atlantic, and a senior vice president at the S. Daniel Abraham Center for Middle East Peace. He was previously an editor and writer at The New Republic and a correspondent for Newsweek based in Egypt and Lebanon, covering most of the Arab world.”

Given Mr. Krieger’s credentials, I’m hoping that he was on deadline and phoned this one in. Most of it is just a rehash of research conducted four years ago for his New York Magazine piece, “The Emir of NYU.” In case you’d forgotten that this article was the one in which my NYU colleague Andrew Ross compared Abu Dhabi to “Siberia,” Mr. Krieger sees fit to give us the quote once again.

The “new” piece quotes only Ross, one other nay-sayer, and one anonymous source, none of whom has had first-hand knowledge of the Abu Dhabi project.

“Debacle” is a pretty strong word. You’d think Mr Krieger might investigate whether the project really has turned out to have been a debacle. You’d think he might actually talk to one of the many NYUNY faculty members who has spent time teaching at NYUAD about what the place is actually like.

Apparently, however, he could not be bothered to update his 2008 research or to consult anyone who’s been actually teaching or studying at NYU Abu Dhabi. That strikes me as biased, sloppy journalism. And not only does the piece cannibalize the earlier work, it simply repeats the old title. Lazy.

And, come on Atlantic, you couldn’t be bothered to find an actual photo of NYU Abu Dhabi? Reuters didn’t have one? Was the picture of Reem Island (shown above) the only thing you could find? Honestly, what does “A general view of the Customer Service Center for Sorouh real estate in Al Reem Island in Abu Dhabi on January 28, 2013. (Reuters)” have to do with NYU Abu Dhabi?

The choice of photo suggests that the publication believes that one picture of Abu Dhabi is as good as another. That nonchalance is troubling in its resemblance to the attitude that all Arab countries are fundamentally the same, an attitude that seems to underlie so many of the comments made by those who have made it a mission to criticize NYU Abu Dhabi without taking the time to learn much about it.