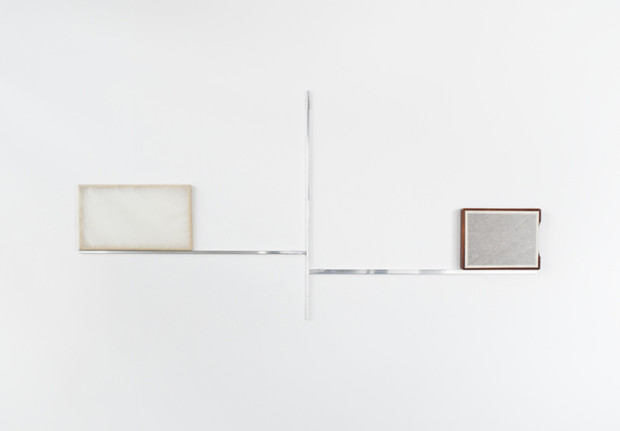 LIke a dog following a scent, Ahab detects “that peculiar odor, sometimes to a great distance given forth by the living sperm whale” as the chapter opens. As he is hoisted to his perch atop the main royal-mast head, he spies his prey: “There she blows! — there she blows! A hump like a snow-hill! It is Moby Dick!” Ahab claims the doubloon as his own:

“And did none of ye see it before?’ cried Ahab, hailing the perched men all around him.”

“I saw him almost that same instant, Sir, that Captain Ahab did, and I cried out,” said Tashtego.\

And Moby Dick does not disappoint, swimming ahead of the <i>Pequod</i> with a majestic serenity that disguises his destructive potential, “still withholding from sight the full terrors of his submerged trunk, entirely hiding the wrenched hideousness of his jaw.” And then he sounds: “soon the fore part of him slowly rose from the water; for an instant his whole marbleized body formed a high arch, like Virginia’s Natural
Bridge, and warningly waving his bannered flukes in the air, the grand god revealed himself, sounded, and
went out of sight.”

But not for long, and when he returns, his jaws are no longer hidden:

[Ahab] saw a white living spot no bigger than a white weasel, with wonderful celerity uprising, and magnifying as it rose, till it turned, and then there were plainly revealed two long crooked rows of white, glistening teeth, floating up from the undiscoverable bottom. It was Moby Dick’s open mouth and scrolled jaw; his vast, shadowed bulk still half blending with the blue of the sea. The glittering mouth yawned beneath the boat like an open-doored marble tomb; and giving one side-long sweep with his steering oar, Ahab whirled the craft aside from this tremendous apparition.

Before Ahab can put himself in a position to throw his harpoon, Moby Dick attacks his both “with that malicious intelligence ascribed to him” and breaks it in two. Stubbs sees this event as the manifestation of an adage enshrined in some now-lost prable about an ass and a thistle; Starbuck sees this event as an “omen.” Ahab chides them both in a rant that encapsulates his tragic solipsism:

“Omen? omen? — the dictionary! If the gods think to speak outright to man, they will honorably speak outright; not shake their heads, and give an old wives’ darkling hint. — Begone! Ye two are the opposite poles of one thing; Starbuck is Stubb reversed, and Stubb is Starbuck; and ye two are all mankind; and Ahab stands alone among the millions of the peopled earth, nor gods nor men his neighbors! Cold, cold — I shiver! — How now? Aloft there! D’ye see him? Sing out for every spout, though he spout ten times a second!”

In the Bible, the afflicted Job also complains about the inscrutability of God: “God thundereth marvellously with his voice; great things doeth he, which we cannot comprehend” (37:5). When God rebukes him for his impertinence, Job repents and resumes the piety for God has praised him at the beginning of the Book.

Ahab cannot believe that any benign divinity would choose to speak in parables or omens. He chooses a course that is different from Job’s, rejecting piety for apostasy.

“The Chase – First Day” is read by English actor Kerry Shale. It is accompanied by The Bias (2009; approx 100 x 205 cm; paper stretched on frames, wood, aluminum tracking) by John Chilver, who is Lecturer in Fine Arts at Goldsmiths, University of London. It was photographed by Peter Hope.