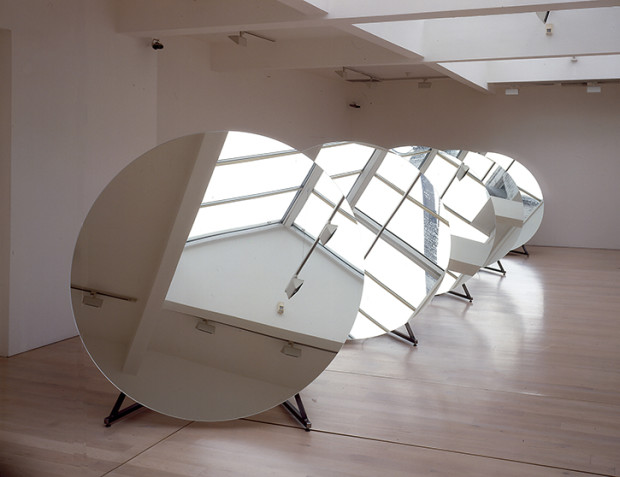 “The Cabin” is another dramatic chapter, and it develops further the relationship between mad Ahab and the mad cabin-boy Pip. Ahab now spends all of his time on deck watching for Moby Dick, but tells Pip to stay in the cabin, “where they shall serve thee, as if thou wert the captain.” Pip refuses: he wants to stay by Ahab’s side, refusing to desert Ahab, having experienced being abandoned once by Stubb.

Captain Gardiner’s appeal did not move Ahab, but something in Pip’s fidelity seems to strike a chord that Ahab cannot afford to hear: “If thou speakest thus to me much more, Ahab’s purpose keels up in him. I tell thee no; it cannot be.”

In “The Doubloon,” Pip seemed to reduce language to the bare bones of conjugation, deflating the chapter’s examination of the ways in which perception and interpretation are marked by individual personality and ideology. Here, communication becomes wordless, as Ahab tells Pip, “Listen, and thou wilt often hear my ivory foot upon the deck, and still know that I am there.” Like “The Doubloon,” this chapter ends with a monologue by Pip, who meditates in his mad but sane way about the reversal that has taken place — implicit in Ahab’s ritual on “The Quarter-Deck” — in which Pip can now play the captain:

Here, our old sailors say, in their black seventy-fours great admirals sometimes sit at table, and lord it over rows of captains and lieutenants. Ha! what’s this? epaulets! epaulets! the epaulets all come crowding! Pass round the decanters; glad to see ye; fill up, monsieurs! What an odd feeling, now, when a black boy’s host to white men with gold lace upon their coats!

“Pip” is lost at sea and now engages in mad role-playing, pretending to be the captain in the captain’s cabin. Meanwhile, the Pequod‘s “captain” is also lost, and there is only Ahab on the deck, pursuing a purpose that seems to have nothing to do with being a captain of men.

“The Cabin” is read by the RIght Reverend Nick McKinnel, the former rector of the Minster Church of St Andrew in Plymouth, who was ordained last December as the Anglican Bishop of Crediton at Southwark Cathedral. The accompanying image depicts by Darren Lago‘s Large Glass (2006; mirror, steel and electrical motors, 5 parts, each: 175 x 183 x 155 cm). The image is copyright Darren Lago and used courtesy of Annely Juda Fine Art, London.