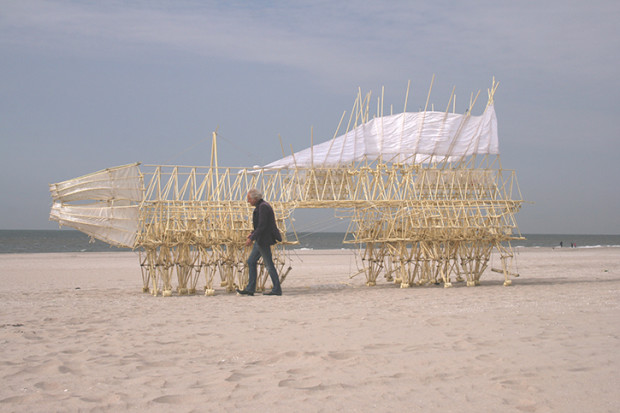 After Ahab destroys his quadrant, he declares that “‘the level ship’s compass, and the level dead-reckoning, by log and by line; these shall conduct me, and show me my place on the sea. Aye,’ lighting from the boat to the deck, ‘thus I trample on thee, thou paltry thing that feebly pointest on high; thus I split and destroy thee!'”

“Level dead-reckoning, by log and by line” was an old method of determining a ship’s speed at sea. The term “log” is a misnomer, which Ishmael suggests by referring to the apparatus as “the wooden reel and angular log” attached hung.” The National Maritime Museum in Greenwich in the UK has a model of a log and line: 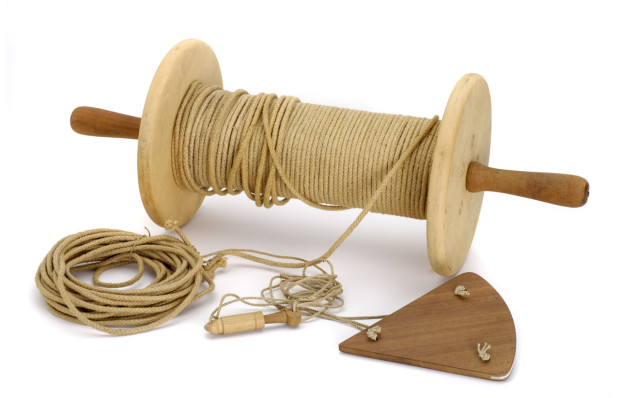 Here’s how the museum describes its use:

The log-reel, line, log-ship and sand-glass were used for determining a ship’s speed. To do this, the log-ship was dropped overboard and the line was allowed to pay out from the log-reel for a set time from the sand-glass (28 seconds). As the line paid out the number of knots in the line that passed through the hand was counted, thus giving a measure of the ship’s speed. Both the reel and log-ship are made of wood. The reel is constructed so that it is free to spin when held by the handles. The log-ship is in the shape of a section of a circle and is weighted on its curved edge. It is attached to the line with a pin and socket. When the line was to be pulled in, a sharp tug would pull out the pin, allowing the log-ship to lie flat in the water so that it could be pulled in more easily. The sand-glass has a brass case with ‘28 SEC’ stamped into each end. The log and line was first described by William Bourne in 1574 and was used for measuring ship’s speed into the 20th century, although mechanical speed logs were introduced from the 19th century.

The following pictures of the log and line come from Duane Cline’s The Pilgrims and Plymouth Colony: 1620 website: 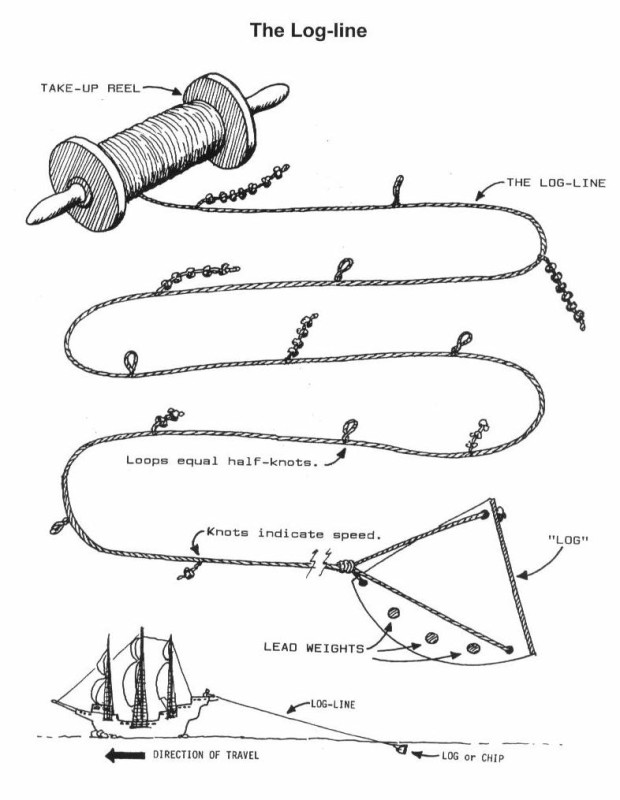 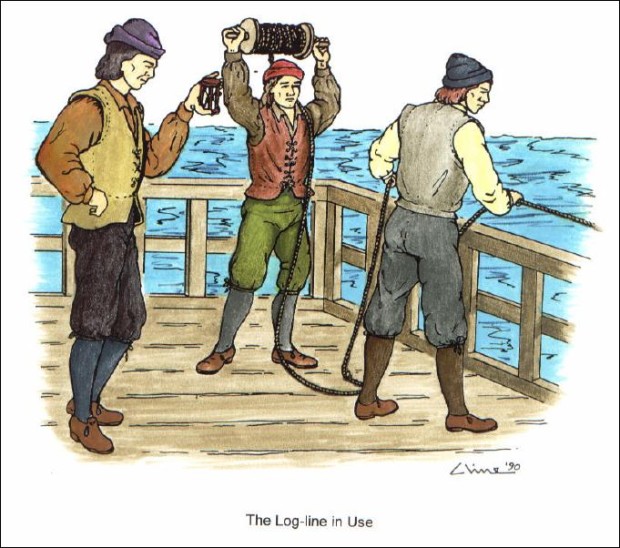 Log and line dead reckoning was often used in conjunction with a quadrant to chart the ship’s position in between quadrant sightings. You could just use the log and line with a compass instead, the compass giving you your direction and dead reckoning giving you your speed. But that method was comparatively inaccurate and couldn’t correct for such conditions as the strength of the following sea, sideways currents, stretching of the line, or inaccuracies in reading the sandglass. In
“The Musket,” Starbuck thinks about Ahab’s decision-making, asking himself, “Has he not dashed his heavenly quadrant? and in these same perilous seas, gropes he not his way by mere dead reckoning of the error-abounding log?” Ahab’s destruction of the quadrant is one of the acts that suggests to Starbuck that Ahab is unfit for command and leading the Pequod to its doom.

In “The Needle,” another of Ahab’s tools is compromised: the compass. And here the next tool proves compromised as well. Ahab refuses to believe the old Manxman’s declaration that “long heat and wet have spoiled” the line, but the Manxman is right: the line snaps and the log is lost. Ahab simply orders another one to be made, blaming the loss of the log on the “mad sea.”

But the conclusion of the chapter suggests that it’s the madness of the captain that we should be worried about. Here Ishmael gives us a moment that recalls Shakespeare’s King Lear during the storm, as Ahab regards the mad cabin-boy Pip with the same compassion that Lear offers to his fool. Pip identifies with the log: both went overboard and both are lost at sea, for, as far as Pip is concerned, “Pip” never returned after being cast away. Pip’s condition becomes yet another grievance that Ahab charges to the powers that be:

“Oh, ye frozen heavens! look down here. Ye did beget this luckless child, and have abandoned him, ye creative libertines. Here, boy; Ahab’s cabin shall be Pip’s home henceforth, while Ahab lives. Thou touchest my inmost centre, boy; thou art tied to me by cords woven of my heart- strings. Come, let’s down.”

“What’s this? here’s velvet shark-skin, intently gazing at Ahab’s hand, and feeling it. Ah, now, had poor Pip but felt so kind a thing as this, perhaps he had ne’er been lost! This seems to me, Sir, as a man-rope; something that weak souls may hold by. Oh, Sir, let old Perth now come and rivet these two hands together; the black one with the white, for I will not let this go.”

“Oh, boy, nor will I thee, unless I should thereby drag thee to worse horrors than are here. come, then, to my cabin. Lo! ye believers in gods all goodness, and in man all ill, lo you! see the omniscient gods oblivious of suffering man; and man, though idiotic, and knowing not what he does, yet full of the sweet things of love and gratitude. Come! I feel prouder leading thee by thy black hand, than though I grasped an Emperor’s!”

The previous chapter ends with Ahab’s “fiery eyes” and “fatal pride.” This chapter begins with the Pequod called a “fated,” its fate seemingly determined by the madman who is its captain. But the chapter ends with a glimpse of Ahab’s humanity and the sense that Ahab, for all his flaws, is the champion of humankind against the powers that afflict it.

“The Log and Line” is read by Sheila Snelgrove, director of the Barbican Theatre, Plymouth. The accompanying image is a photograph by Uros Kirn of one of Theo Jansen‘s Strandbeests.