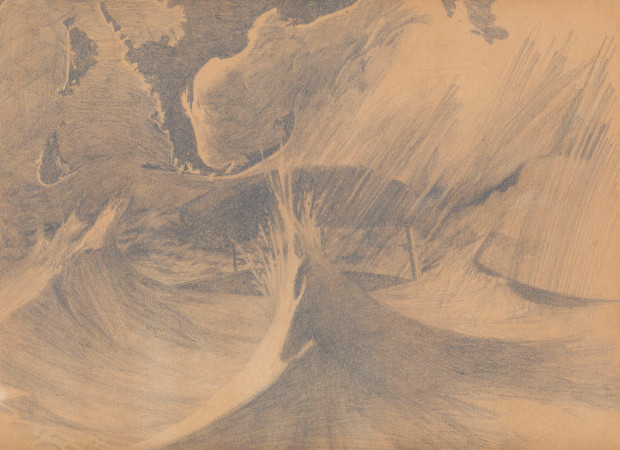 The shortest chapter in the book.

A two-sentence stage direction, followed by seven sentences. And three of those sentences are “Um, um, um” — barely sentences at all.

Tashtego, following Ahab’s orders, is “passing new lashings” around “the main-top-sail yard.” And wishing he had a glass of rum instead of thunder all around him. If we’re thinking about the pattern of chapters that followed “The Quarter-Deck,” we see that the three that follow “The Candles” are much shorter, as if the ship and the novel were running out of time. So perhaps it’s Ishmael’s little joke: instead of the long “Midnight, Forecastle” chapter that brought the harpooneers and sailors to center stage with final emphasis on the harpooneer Daggoo, we now get the very brief “”Midnight Aloft.—Thunder and Lightning” chapter, in which only the harpooneer Tashtego appears.

But, as it turns out, there’s a reason that Ishmael wants us to picture Tashtego at the very top of the mainmast. You’ll find out soon enough.

“Midnight Aloft.—Thunder and Lightning” is read by Max Goonetillake.  The accompanying image, The Spouter Inn, is Colter Jacobsen and is used courtesy of James Brett.